Here’s Toshi in a photo from 1997, when I was in Japan on behalf of IVL Technologies and Toshi was IVL’s Japanese agent. 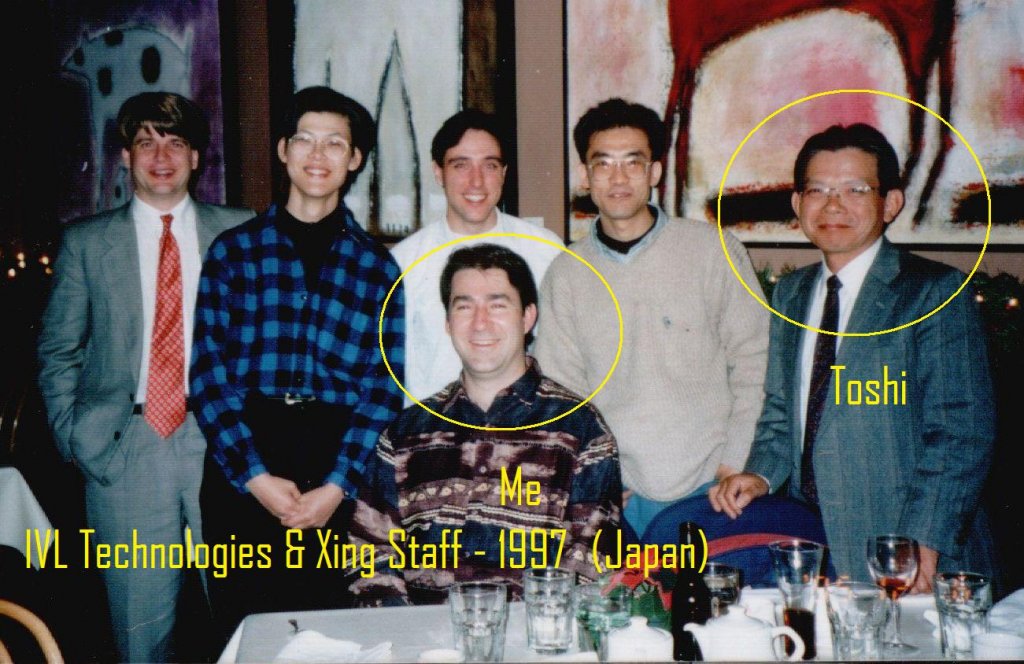 I envy Toshi, he’s taken a step back from work, given up his internet domain, and has been spending his time doing what he loves. Lately, that sounds like skiing. Two separate week trips to Niseko in Hokkaido so far this season, and another coming next month!Winter Calg

Well, just to show Toshi what he’s missing, here are some recent shots of the best winter bicycling in the world – at home in Fish Creek Provincial Park!

A careful creek crossing! (we didn’t cross anywhere there weren’t tracks and we thought we were over top of gravel barges in the creek). 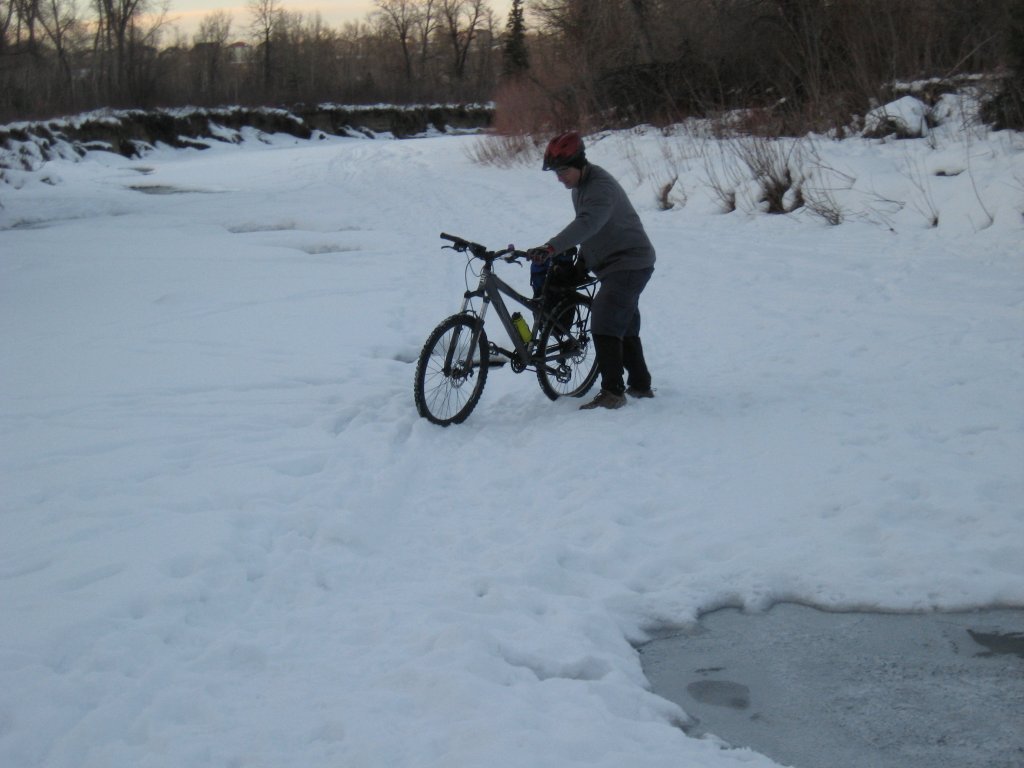 Suiting back up after a snack break. Thanks for the granola bar, Ian! 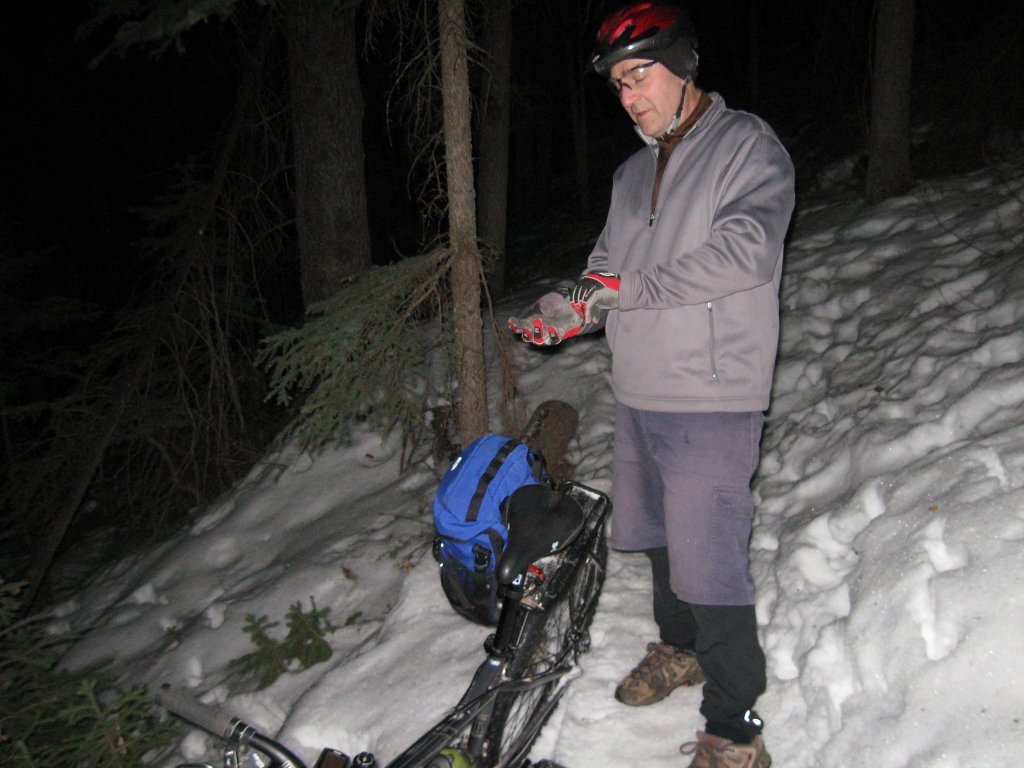 Another break…..  This is tough work with all these trees down. 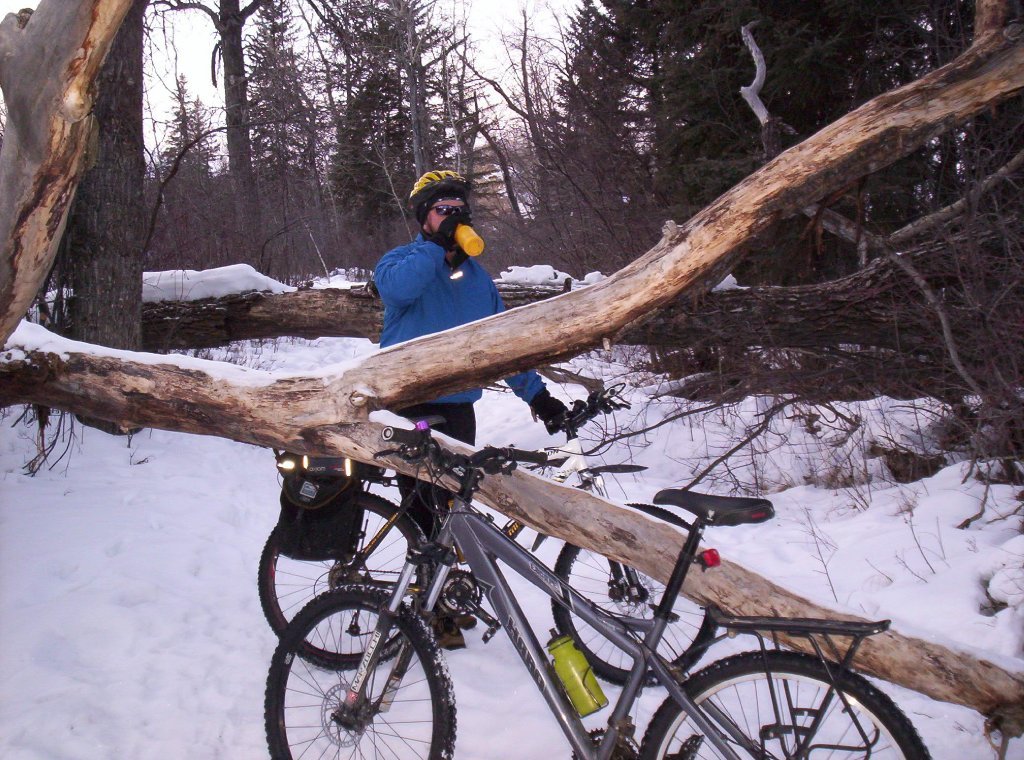 Well Toshi, wouldn’t you rather be here? 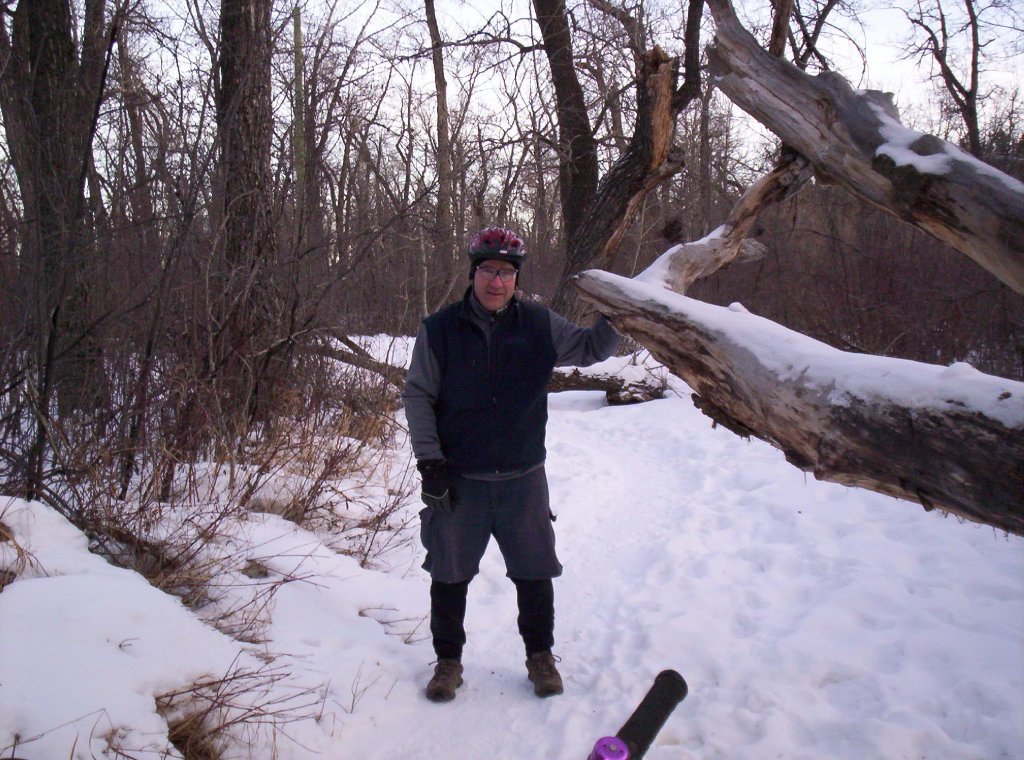