Catnip Electronics makes a robust capacitive moisture sensor with a Modbus RS-485 interface which allows the sensor to be over 1000m from the computer accessing the sensor (subject to cable properties and baud rate). This post is essentially an update to Catnip’s Rasberry Pi tutorial using Python 2 using Python3 on my Linux Mint laptop.

To connect to the moisture sensor, I will use the Taobao USB to RS-485 adapter sold by Catnip Electronics.

Next, install the chip_modbus library (“Chirp” was the original I2C moisture sensor from Catnip Electronics, which was upgraded to become the Modbus sensor).

Now use the Python shell to access the sensor (on my laptop, the USB to RS-485 adapter is assigned port /dev/ttyUSB0).

The chip_modbus library includes a number of other functions, view the source to see all capabilities.

I was both surprised and pleased to see a flury of recent interest in my MyWind database on GitHub, there have been 18 forks in the last month!

MyWind is a re-engineering of the Northwind database provided with Microsoft Access for use with MariaDb and MySQL. Northwind was a sample database and tutorial schema for managing small business customers, orders, inventory, purchasing, suppliers, shipping, and employees.

I provided MyWind using the BSD license, meaning you are free to use MyWind as you please, including commercially, so long as you keep my copyright notice and accept my disclaimer of liability. Enjoy! 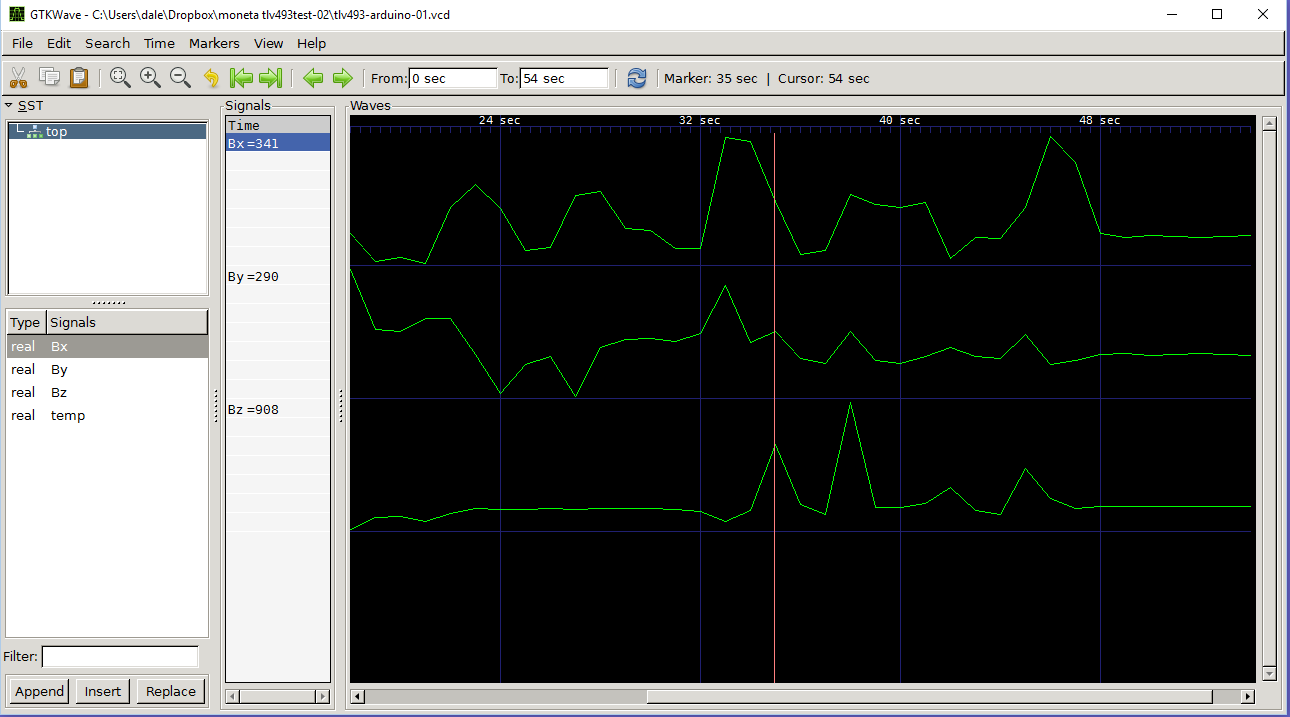 The initial Maestro implementation site uses CSV files for intermediate data exported from legacy systems. I’m using CSV files because they are human readable and provide a point of control between the legacy systems and Maestro. They also provide an opportunity to manipulate and report on the data using simple command-line Unix tools.

csvfix is available as a Windows binary from the project site with the csvfix source on BitBucket. Compiling (using “make lin” for Unix/Linux) resulted in a g++ option error.

From the csvfix wiki, compiling requires a modern version of g++ with C++2011 support – and reportedly uncompilable on Mac OS X by people who know a lot more about compilers than me, so that’s as far as I’ll be going with csvfix for now.

csvkit is written in Python, and requires mkvirtualenv and pip, which I unfortunately don’t have any experience with (yet). I’ll postpone further csvkit investigation for now.

First, I tried the instructions in the download archive:

Making a wild stab in the dark (because I don’t know better), I installed iconv-2.0_4 from the ports tree – and got the same error (you’re probably saying “I could have told you so!”).

Next, although from googling it seemed there was a possibility of GNU Linux autoconf miss-reading my FreeBSD system (and iconv_open capability), I tried updating libiconv to see if that changed anything. Unfortunately, portmaster reported my version of Perl (5.10) was out-dated, which I tried updating to 5.16 (instead of the current 5.18, because I read a May 2013 post saying 5.18 broke a lot of modules).

However, that didn’t end in success because I have apparently installed modules from both CPAN and BSDPan, and BSDPan modules can’t be updated using portmaster. I don’t have time to hunt where these modules came from, and if I even need then anymore! Grrrr.

On the plus side, OCaml CSV is in the FreeBSD ports (ocaml-csv), but on the other hand, it pulls in a *lot* of dependencies I won’t use again (including graphics stuff). I went ahead and compiled the port anyway. It completed without error, but it seems csvtool isn’t included in the FreeBSD port (or at least it didn’t get installed). Grrrr.

I’m rolling my own. I’m following tutorials on the Python CMS module, and adapting them to my simple but unique needs – and I need to learn Python anyway for OpenERP (and to hang out with the cool kids). However, I would like to have a general-purpose go-to CVS utility, and look forward to eventually testing csvkit.