It was an emotional moment last week when I had a patch (code change) accepted by the FreeBSD operating system. It was a relatively simple change to the dns/noip port’s post-install message to clarify the port’s configuration and use (a port is the scaffolding code that integrates a third-party application into FreeBSD, and provided as part of FreeBSD).

FreeBSD is a free Unix-like operating system, most commonly found on servers in backrooms and data centers. It is similar to Linux, except that FreeBSD is a direct open source derivative of the original AT&T Research UNIX® (Linux is a re-implementation or clone). FreeBSD is more enterprise friendly than either Microsoft Windows or Linux, because of its permissive license allowing use and rework without cost or legal restrictions (Linux imposes the restrictive copy-left GNU Public License, or GPL, limiting a business’s ability to profit from its own innovations), and because FreeBSD has a well-defined release engineering process that is visible, accessible, and emphasizes stability and trust.

The motivation for the patch came when I was re-building several systems in which the dns/noip port was used – the client for No-IP’s DDNS service. Each time I searched which files had been installed by noip to find the README file with configuration details. The problem would have been avoided entirely if the missing information had only been included in noip‘s post-install message.

I informally discussed my proposed patch with Stanislaw Halik, the dns/noip port maintainer on record, who indicated his approval. I then submitted an official PR (problem report) to the FreeBSD project, and included a patch file giving the specific changes I was proposing. 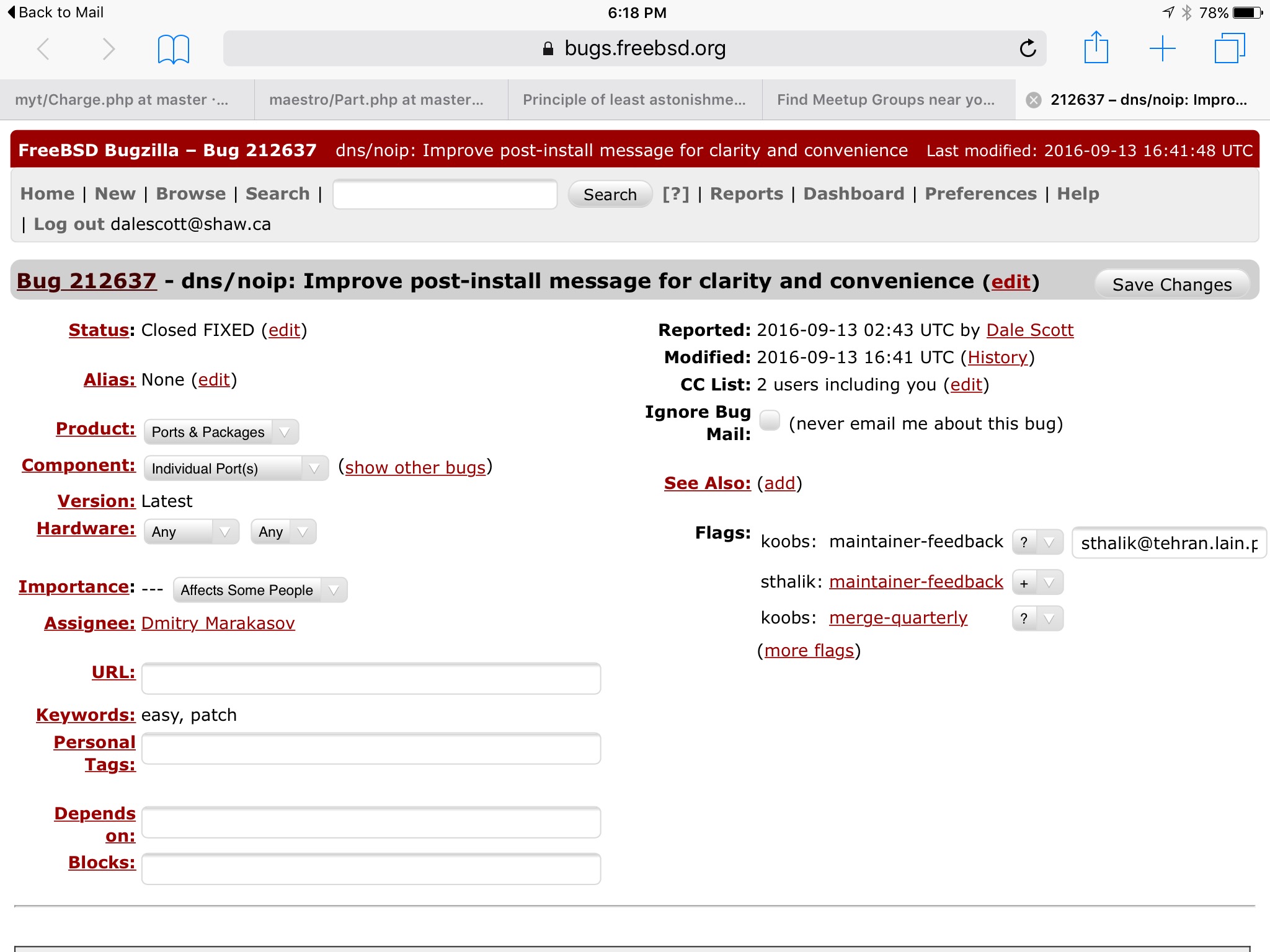 The PR was reviewed by the FreeBSD maintenance team, Stanislaw gave his official approval, and my provided patch file had been merged into the FreeBSD codebase in less than 24 hours – visible, traceable and trustable! 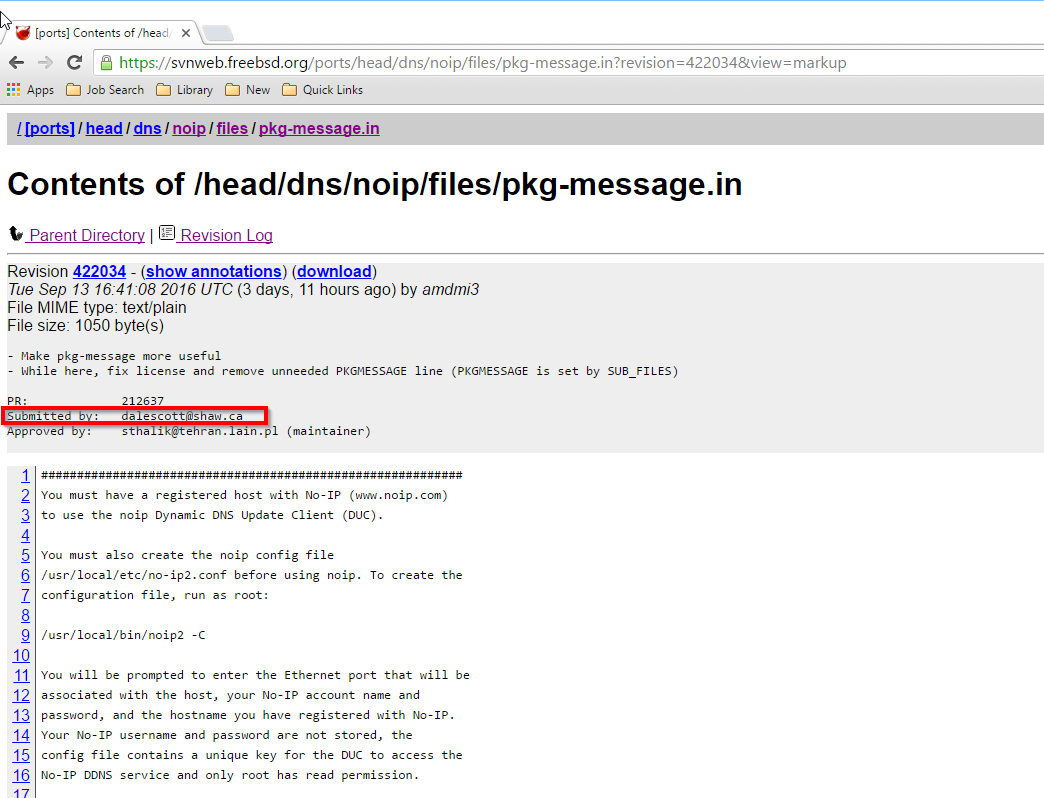 How cool was that! Although I submitted the patch to scratch my own itch, it was accepted based on its benefit to others.

P.S. Stanislaw also introduced me to POLA, or the Principle of Least Astonishment. POLA applies to user interface and software design, and can be taken to mean that software should behave in a way that users will anticipate. Since the dns/noip port can now be installed as a binary package (not only compiling from source as has been traditional), users installing the binary package will expect instructions to be meaningful to their situation.