I recently cycled “the big circle” on Father’s Day with a couple of friends. It was an opportunity to explore the city, and get some fresh air after the seemingly endless rain we had been having.

Even before the ride started, I had two flat tires. I had swapped my balding 2.25’s on my sturdy Rocky Mountain that morning for narrower 1.9’s, and had somehow managed to pinch-flat both tubes in the process. However, after some hasty patching (and as an omen of things to come, watching the first rain deluge of the day from the comfort of my garage), Ian and I we were off.

The route was a counter-clockwise loop starting and ending in Calgary’s deep-south community of Sundance. Entering FCPP (Fish Creek Provincial Park), we headed west to the end of the park, then north out of the park to the west Glenmore Weaslehead area (where Jamie met up with us). Some scenic residential riding took us through the Tri-Glen communities to Edworthy Park, where we had a snack and then followed the Bow River pathway east to downtown Calgary. Continuing south past the killer weir, we had a forced detour onto the Eastern Headlands irrigation canal due to construction blocking the pathway north of the Inglewood Bird Sanctuary. We got back onto the Bow River Pathway north of Glenmore Trail, then back into FCPP at the Bow Valley Ranch and home. 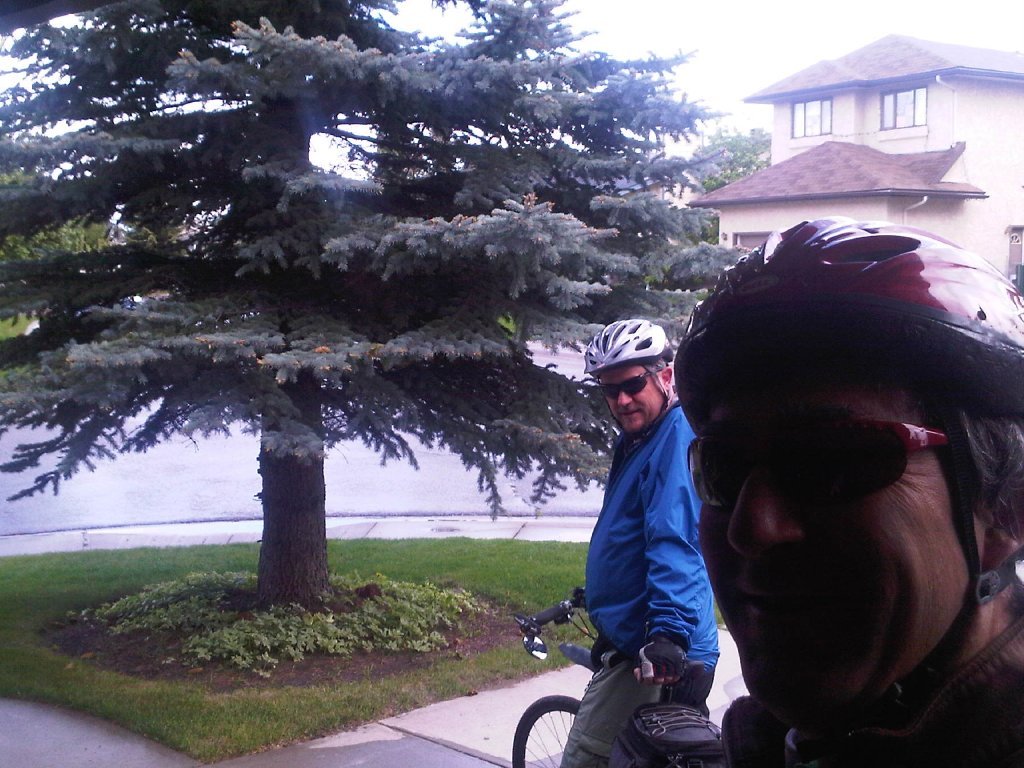 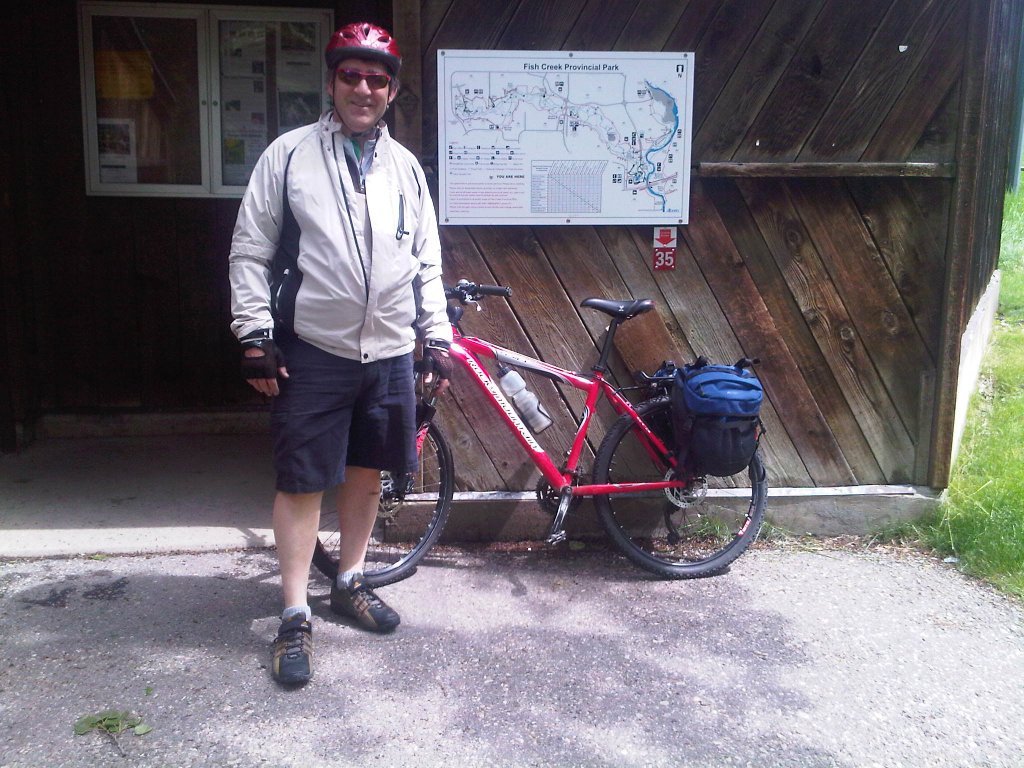 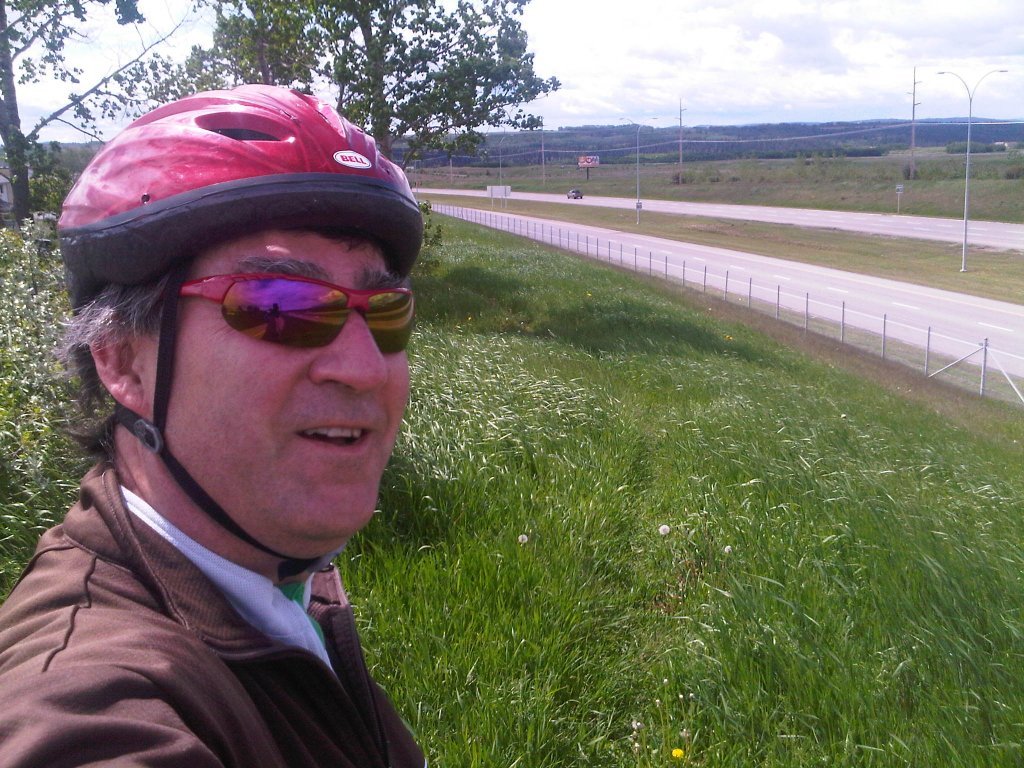 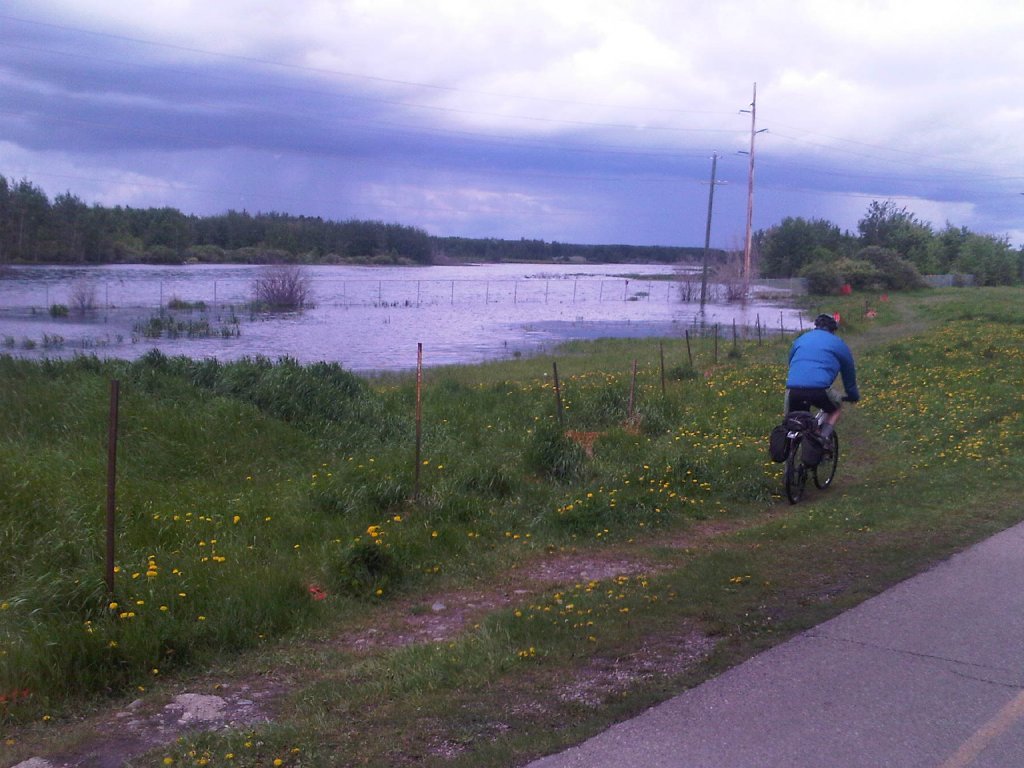 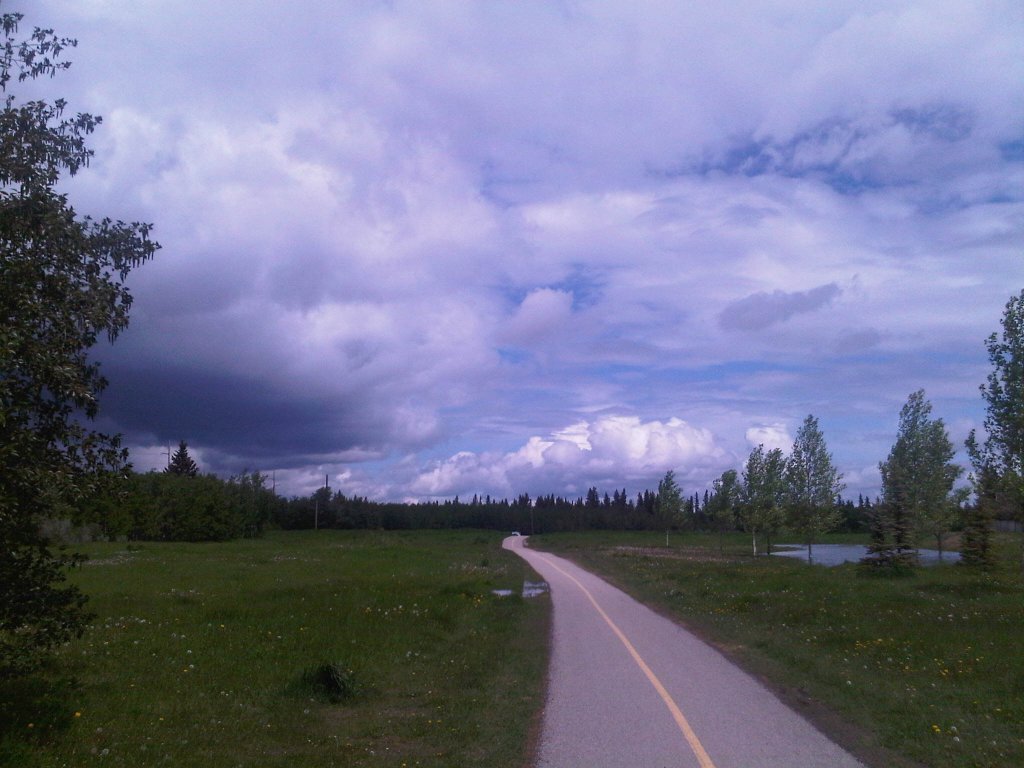 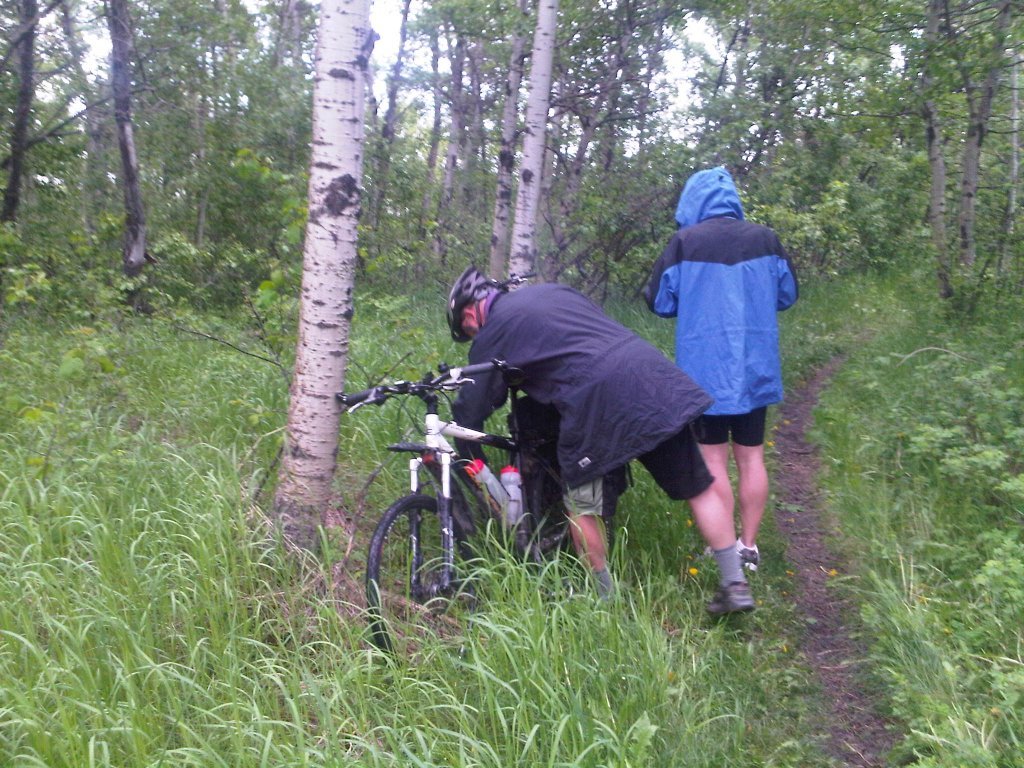 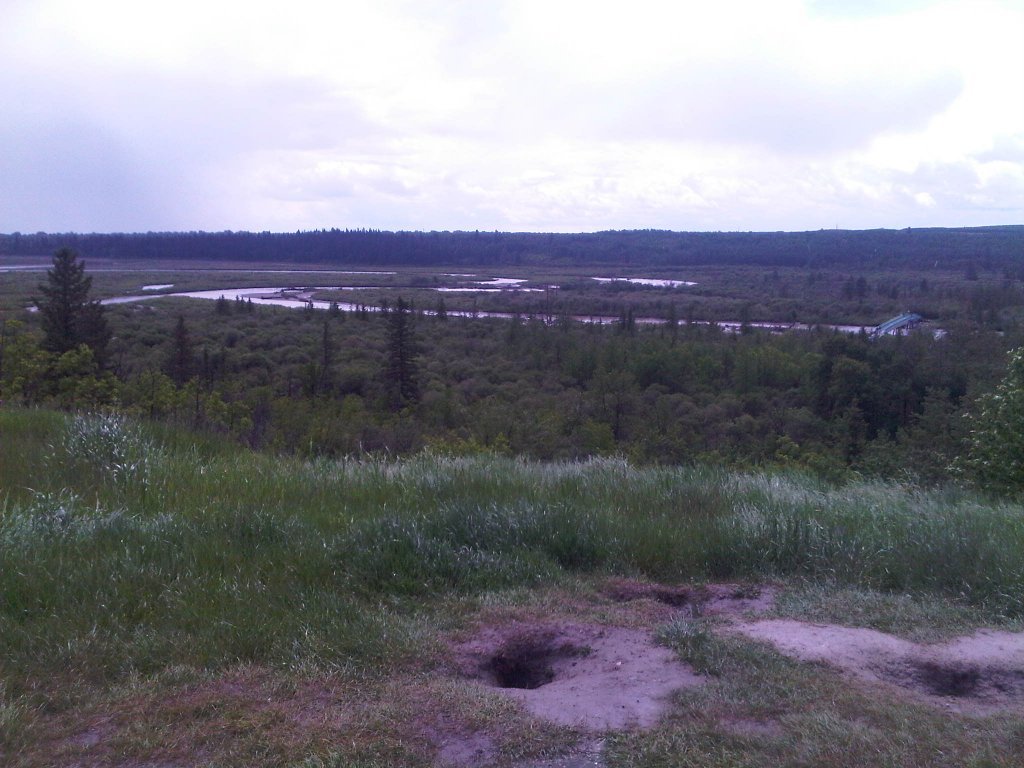 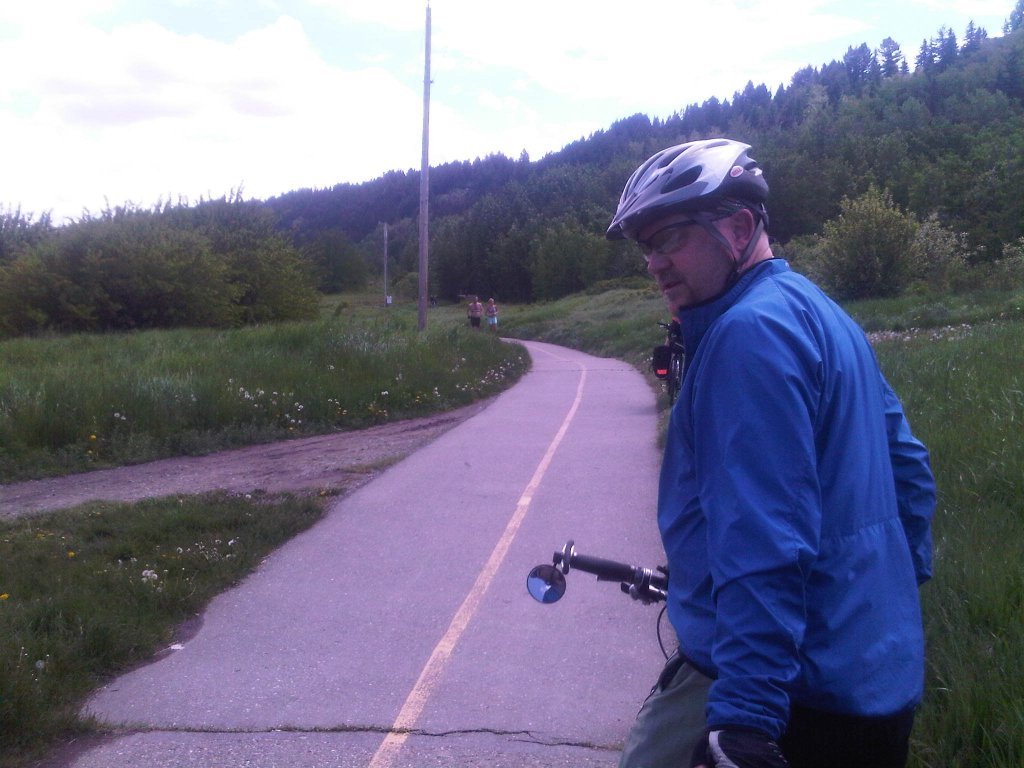 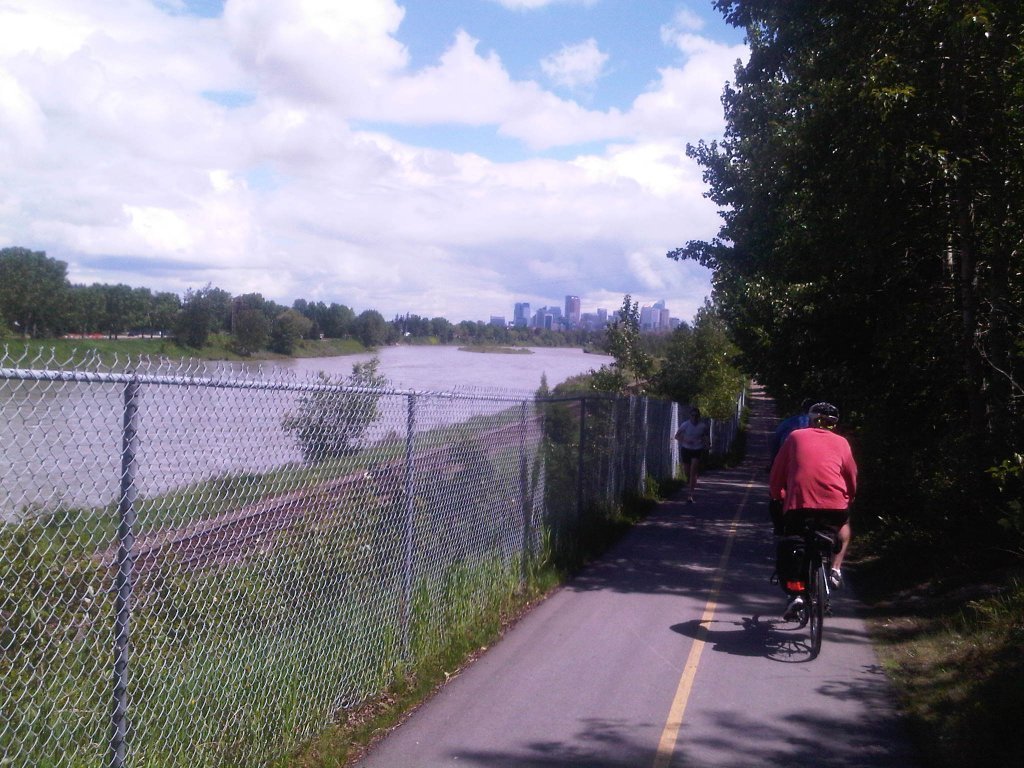 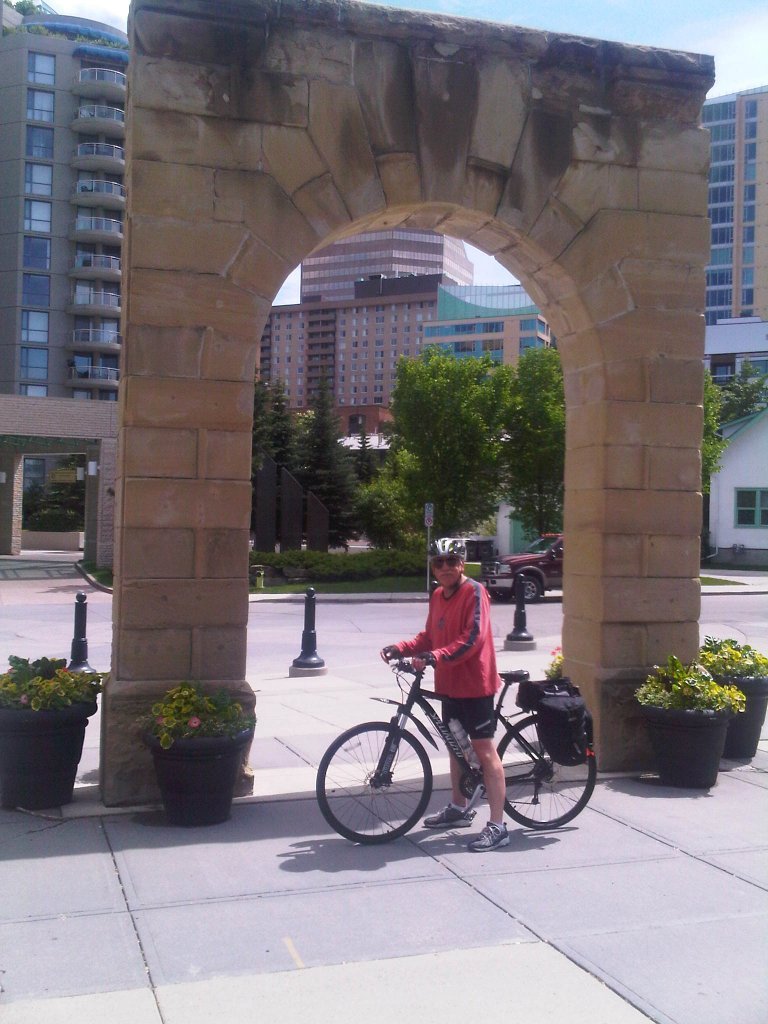 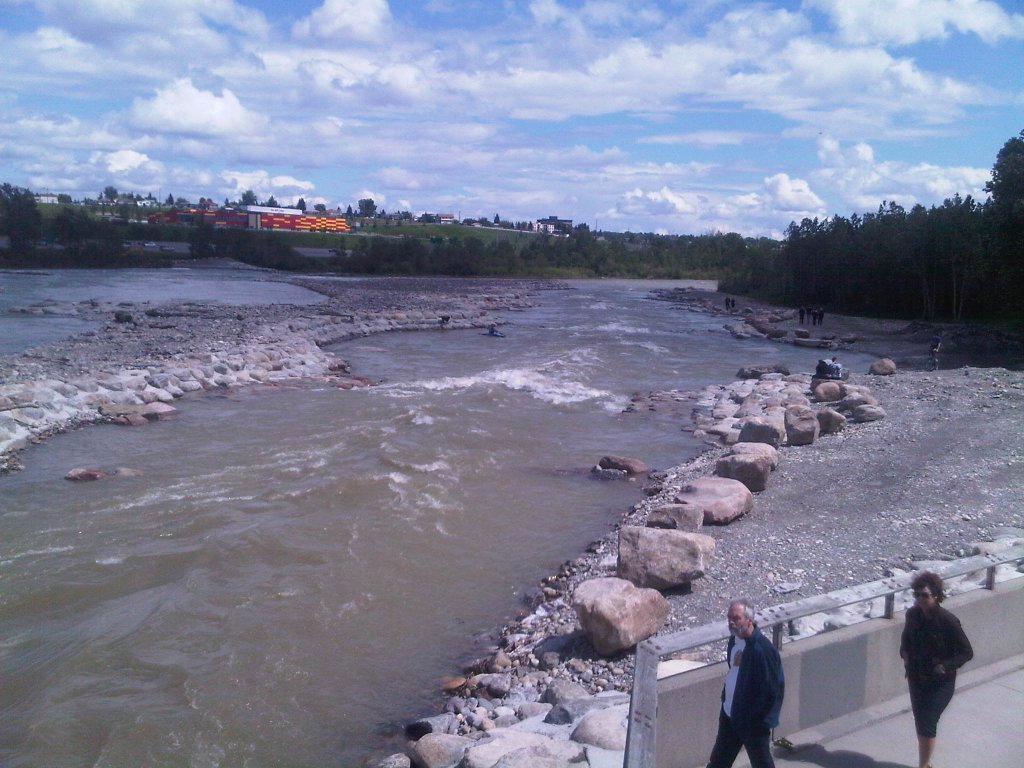 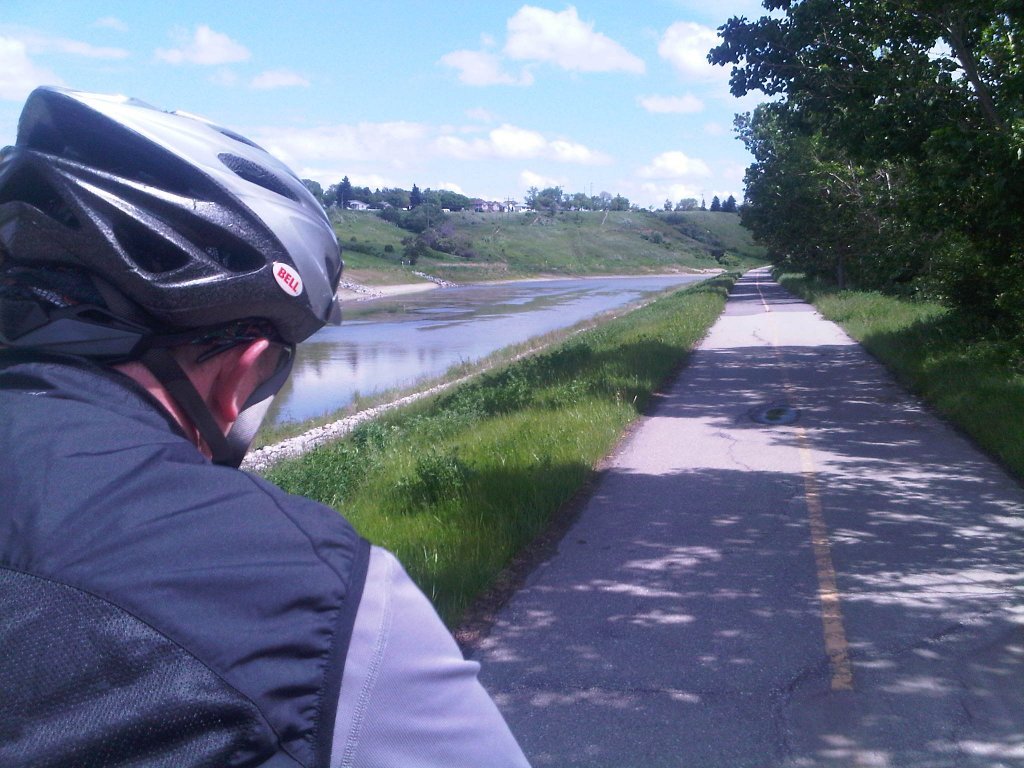 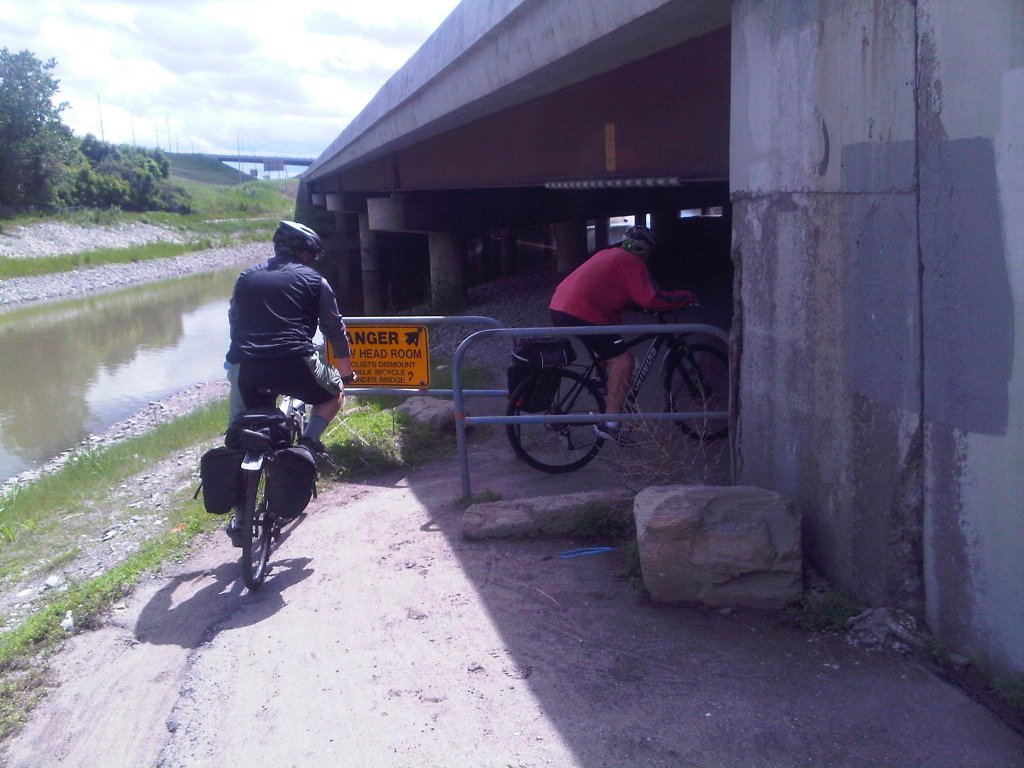 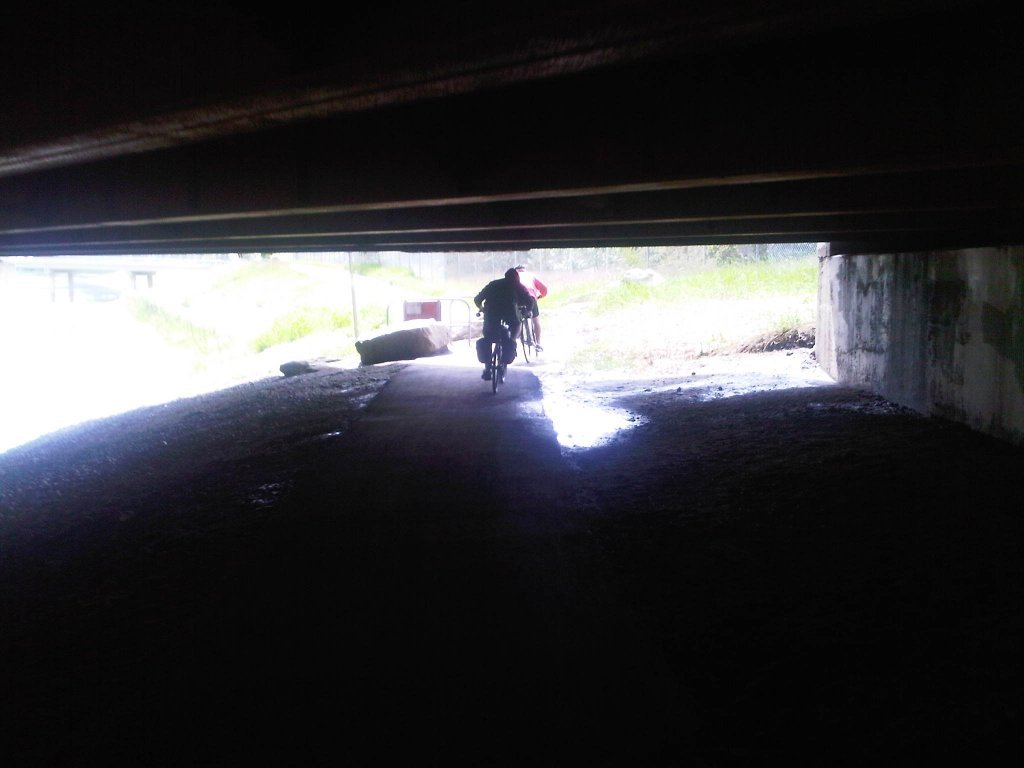 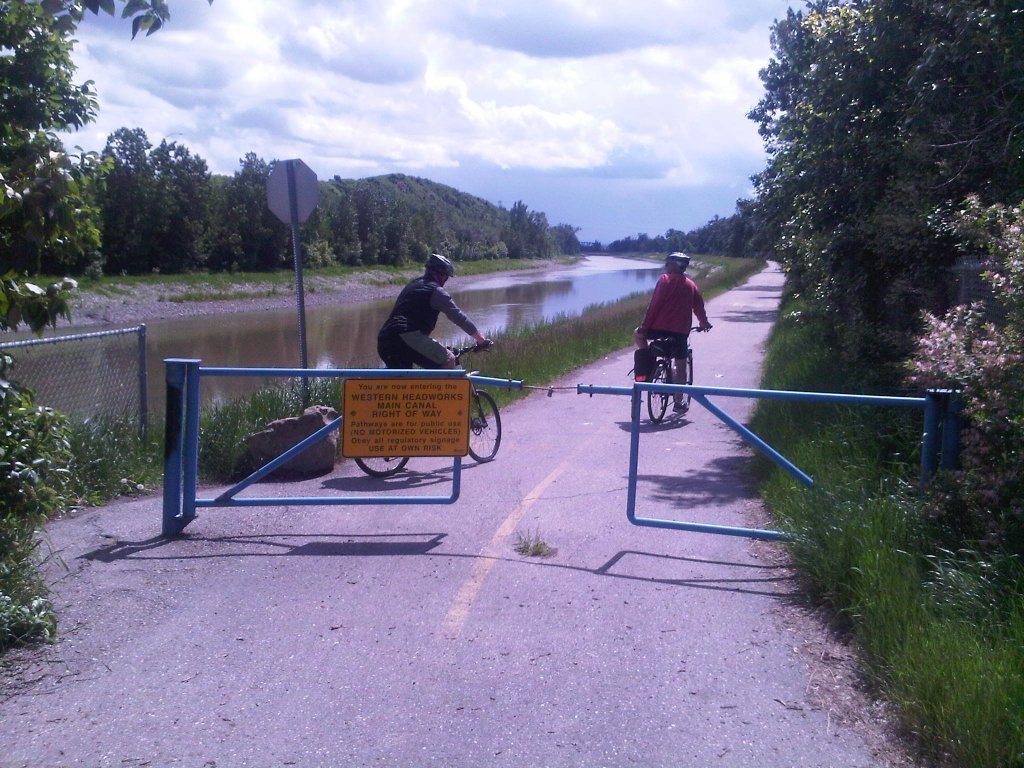 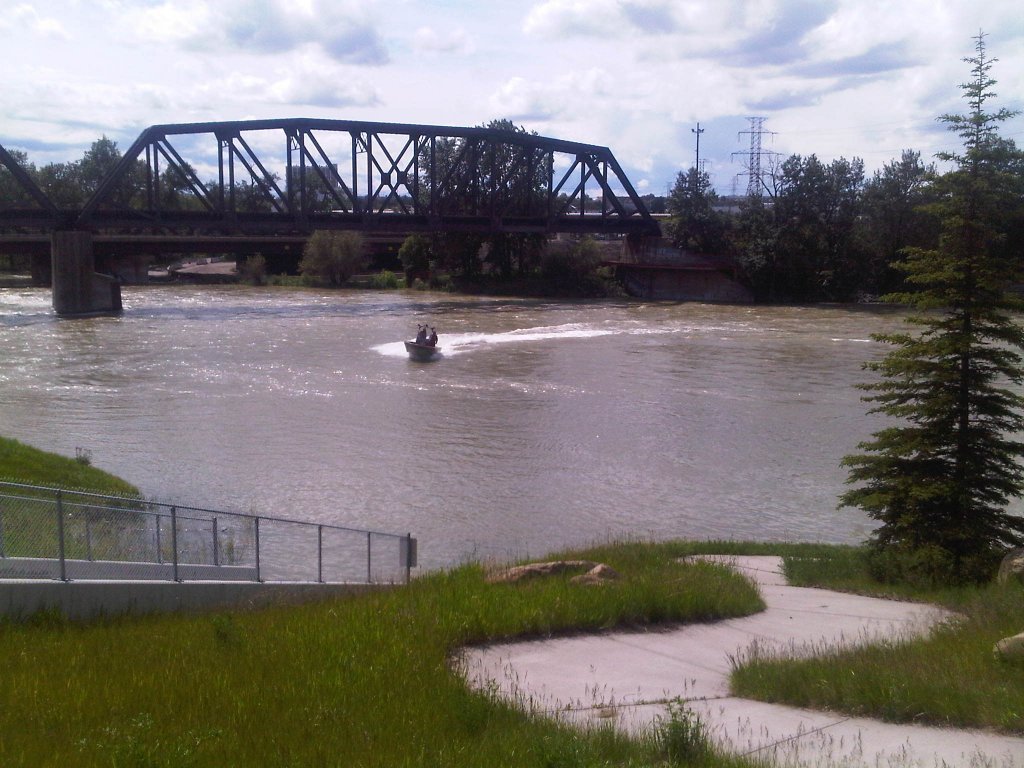 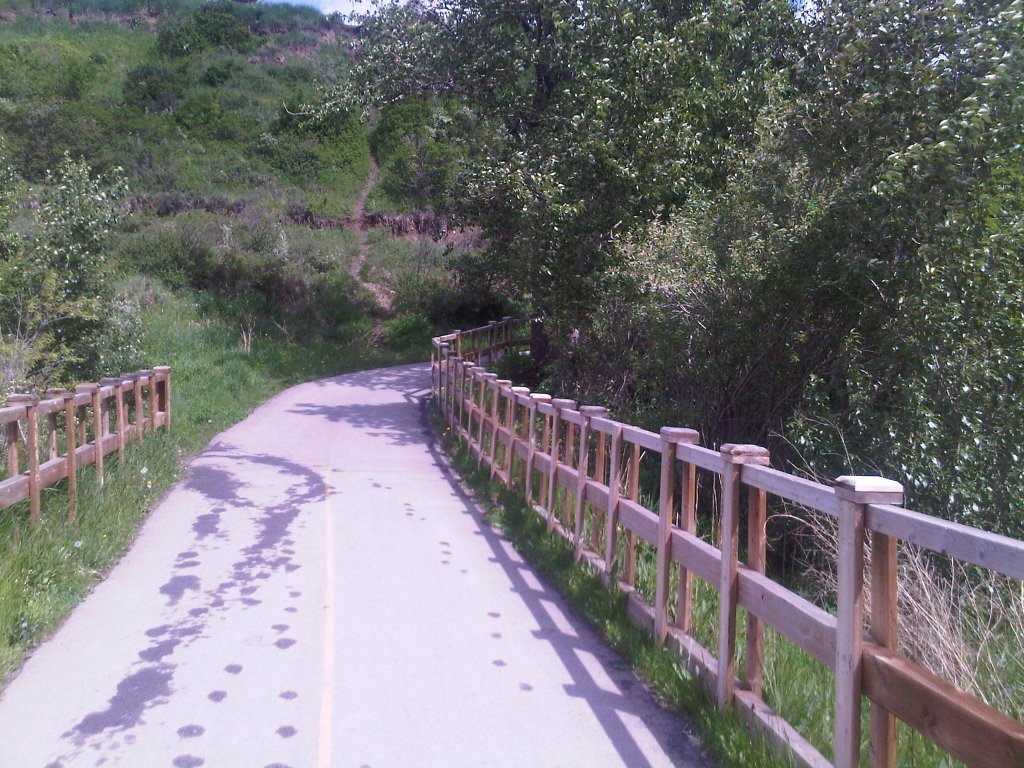 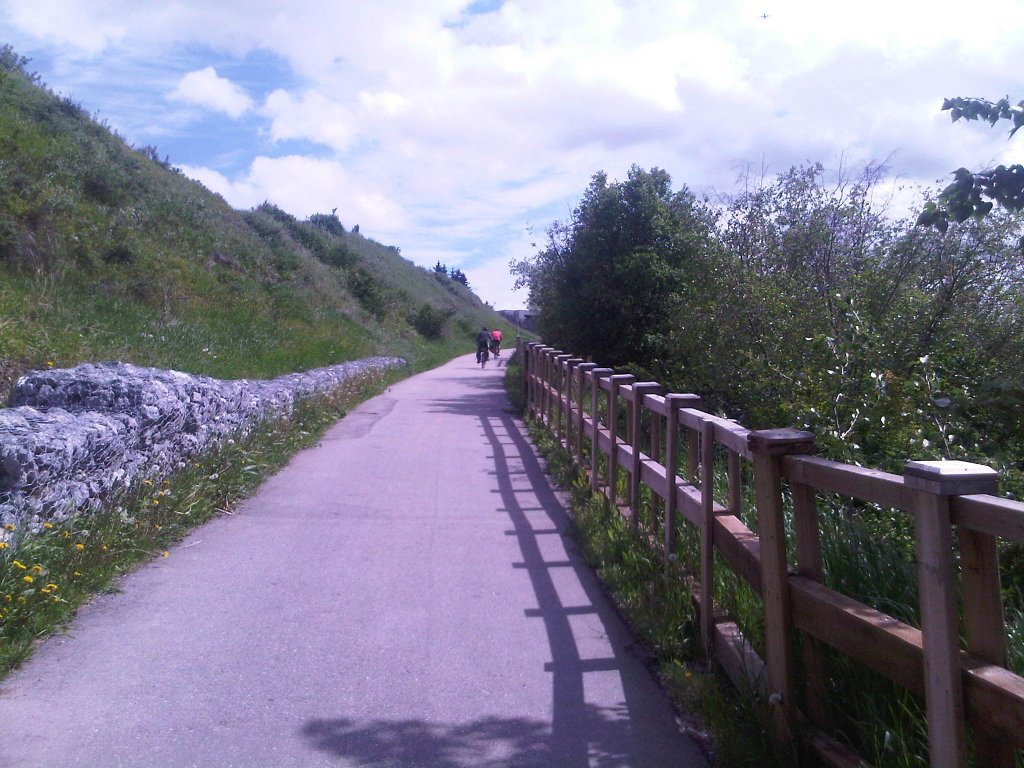 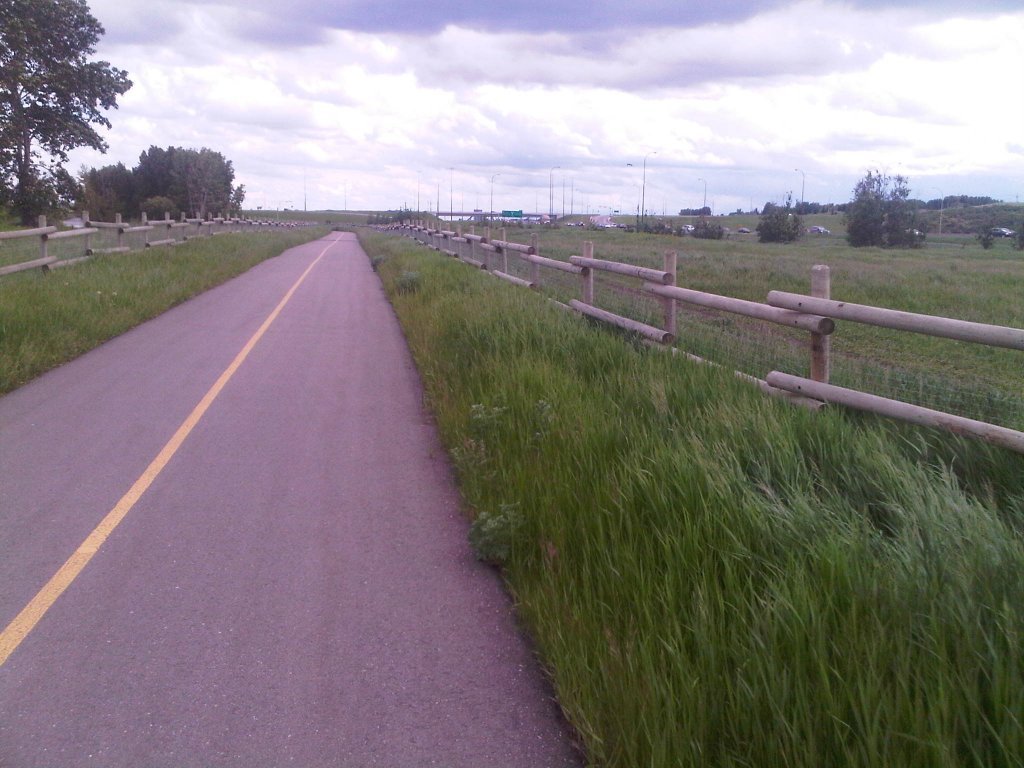 I captured our track with my Garmin Legend (you’ll see it in the slideshow), downloaded it to my PC using GPSBabel, and then mapped it using LePetitPoucet.