I’ve you’ve lived in Calgary long enough, you know there is no month of the year safe from snow. However, the Canada Geese have arrived, the Franklin Gulls are soaring and swooping along the Bow River while they gobble flies, I saw my first gopher (aka Richardson Ground Squirrel) of the spring a week ago, and this week I saw the first flower! 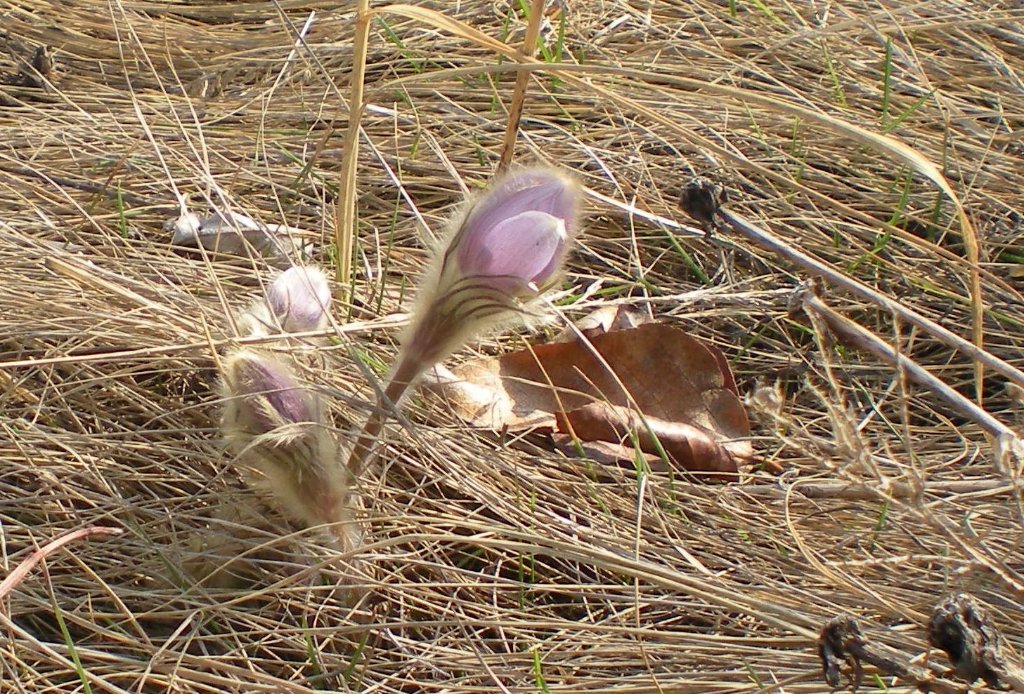 I’ve been getting flack from my friend Ian over not having blogged since mid-February, which means the picture of his mishap on the Diamond in the Rough trail has been the front page of my blog site since since mid-February (one of the reasons is the failure of my network file server, but it really just boils down to “Backup! Backup! Backup!“).

So to fill in some time gaps, here are some recent photo’s of what I’ve been up to.

Everyone dresses up at our home for Easter, and that includes  the lion’s guarding our front door. 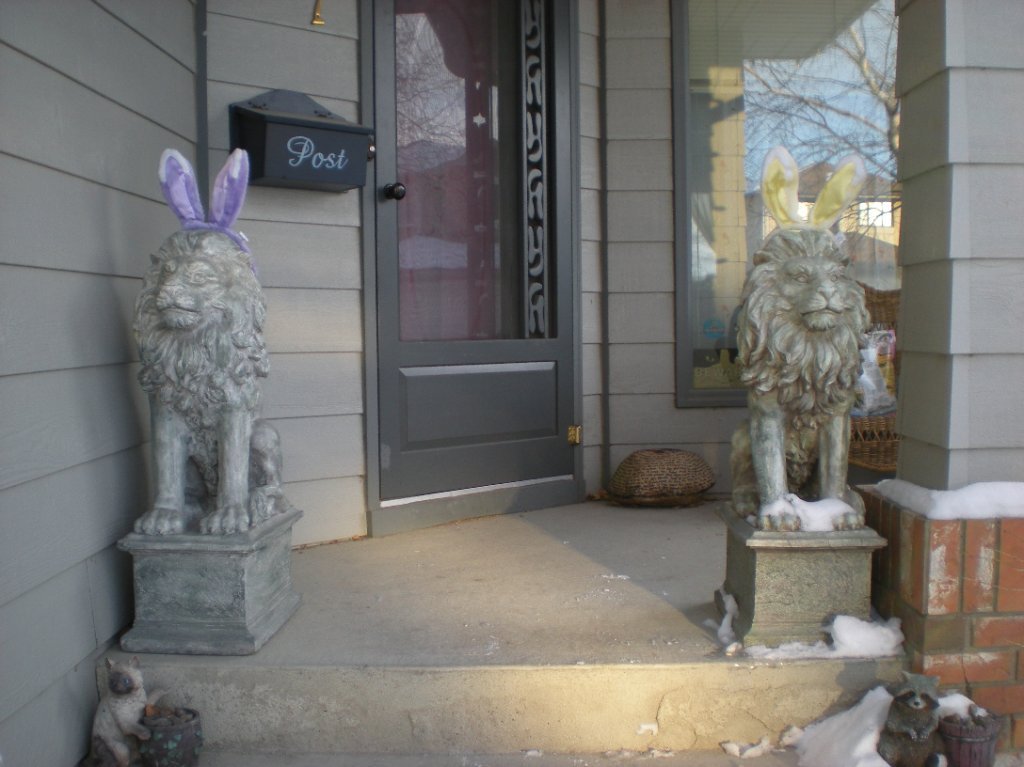 This was taken just after winter’s 2nd-last “Hurrah”. You wouldn’t say the deer’s were friendly, but they certainly weren’t scared of us either. 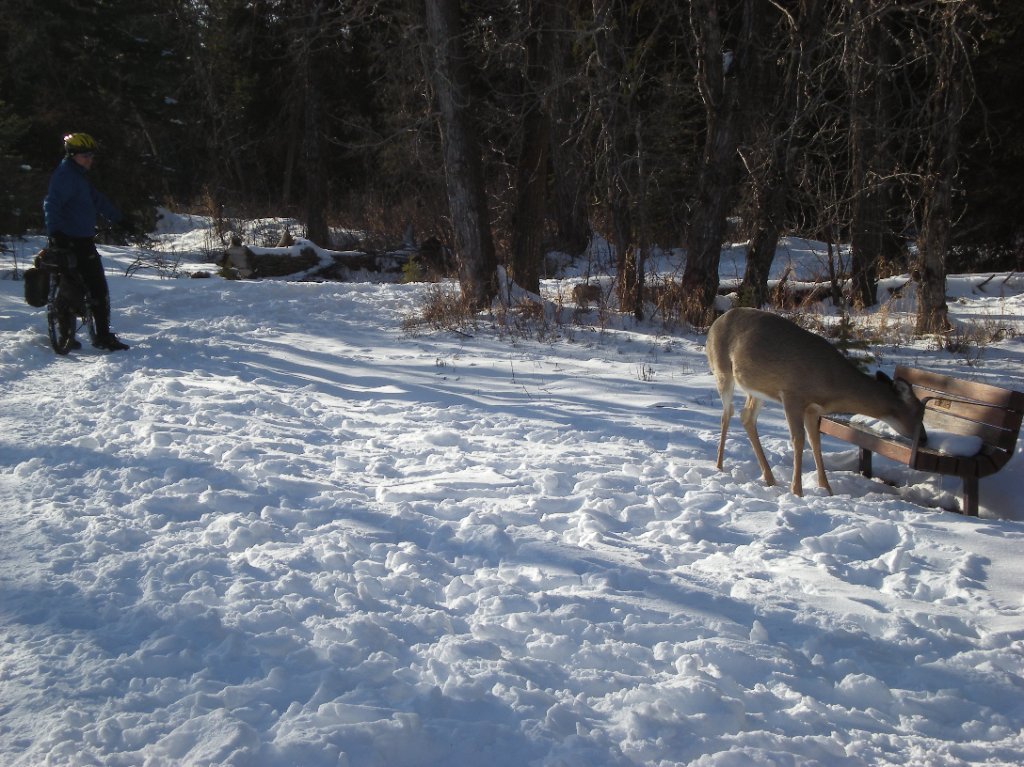 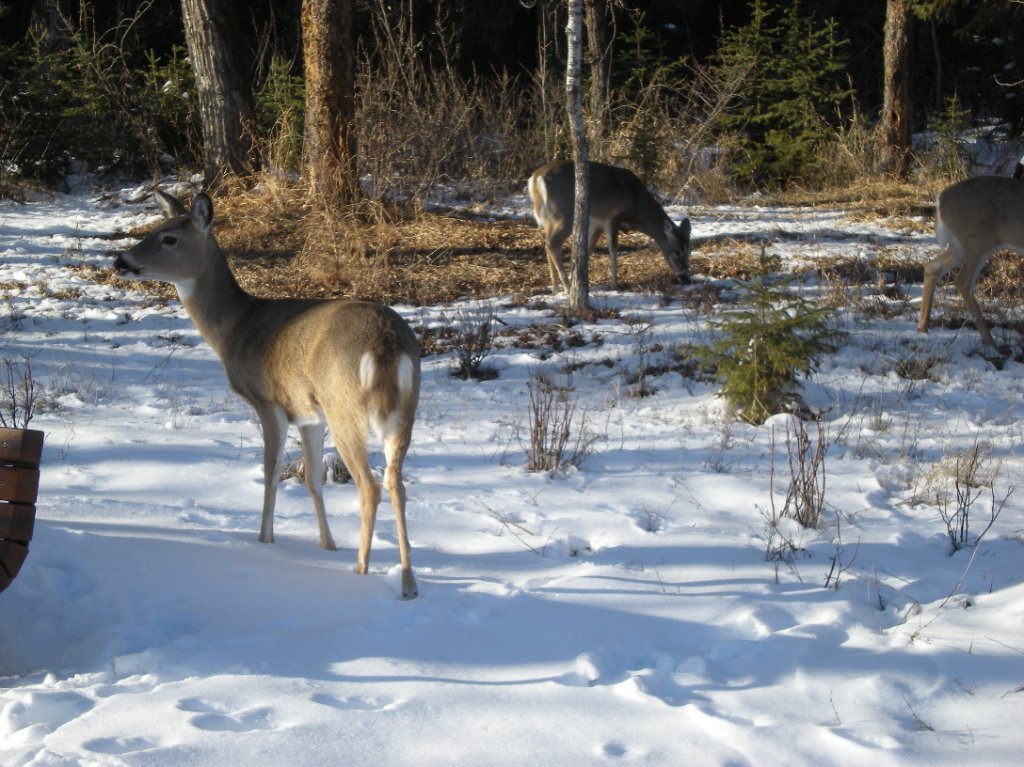 Ian, staying firmly in the saddle…….. 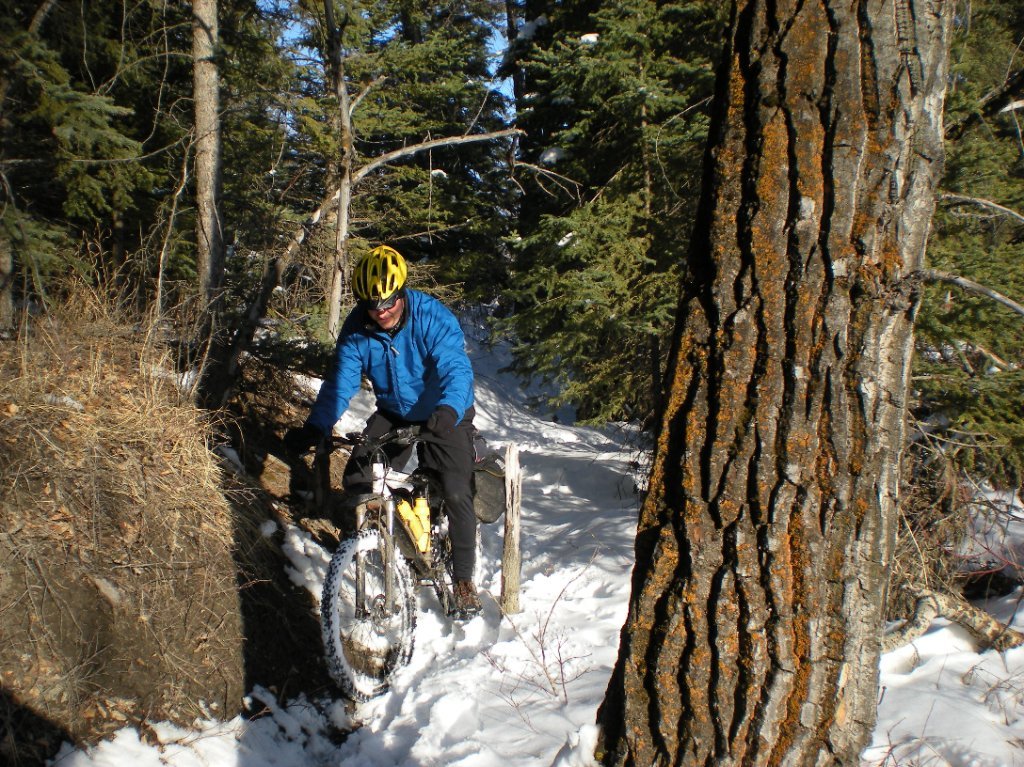 My brother James gave me his Miyata 1000 Grand Touring bicycle 2 years ago (it was absolutely state of the art for touring in the early 80’s with a Cr-Mo steel frame and Shimano 15 speed derailure set), but this is its first public appearance in 20 years! I had to replace the tubes & tires, but everything else was golden (I may replace the brake shoes, but so far they’re grabbing and wearing fine). I commuted to work a couple times on the 1000′, before winter returned and and forced me back to the Haro hardtail for commuting. 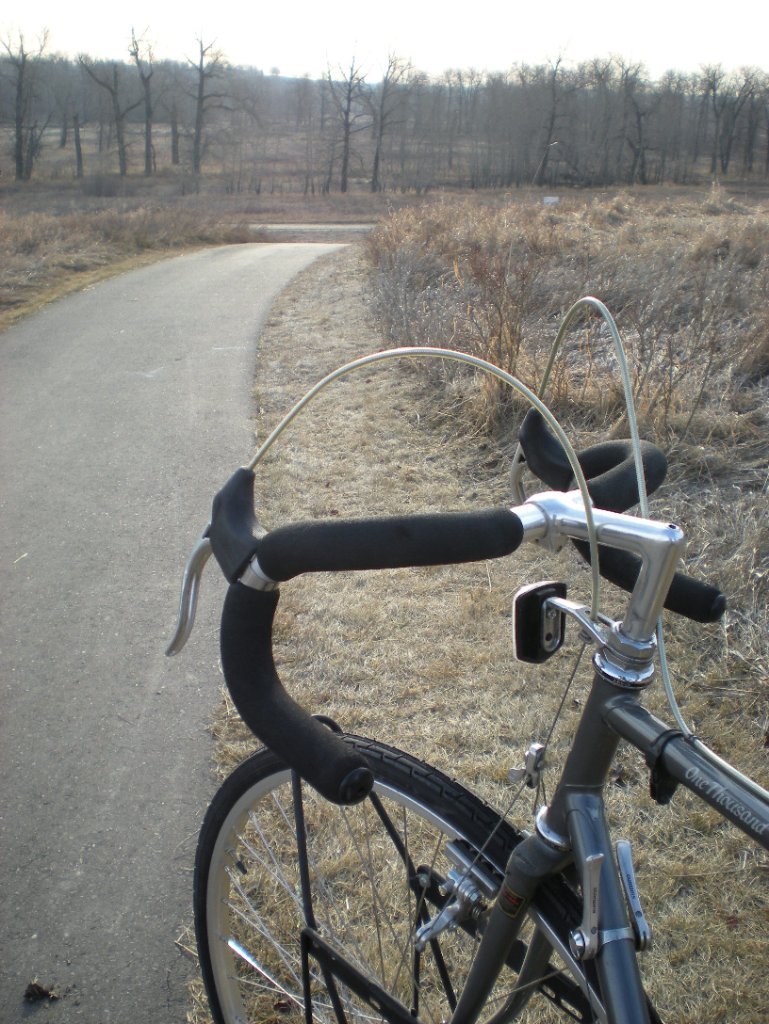 Riding the newly constructed pathway through Southland park. The concept of fenced off-leash areas with the main pathway thoroughway (on-leash) is absolutely fantastic. This is the main paved pathway again, from Fish Creek Provincial Park (and the Higgins Bridge) in the South and Southland Park (and the Southland Bridge) in the north. I absolutely love it (even the hill climb up and over Diamond Cove)! Congratulations to the City of Calgary planners. 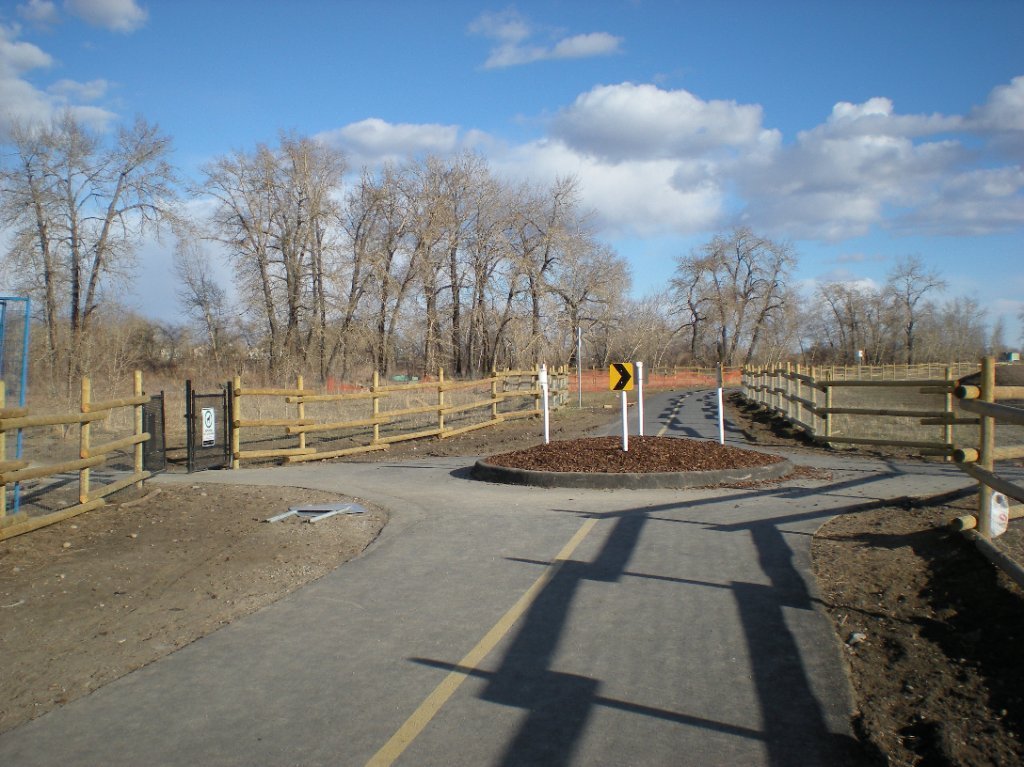 Stone onlooker on the path between the river and Lafarge’s operations (this section has just been re-opened after 5 years of closure, the old unstable river bank was re-constructed and the pathway repaved). 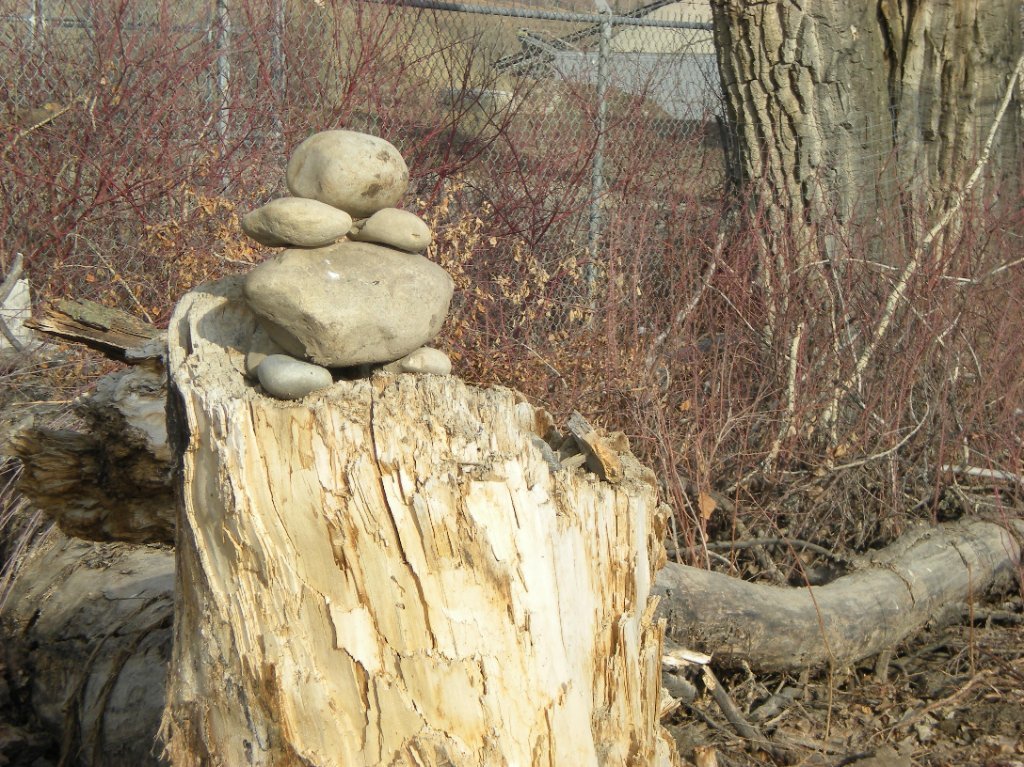 Winter’s final hurrah caught me commuting home from work on the Miyata, and caught me good! The snow dissapeared fairly quickly over the next couple days, but I was back on the mountain bike and the Miyata was in waiting for a good bath. 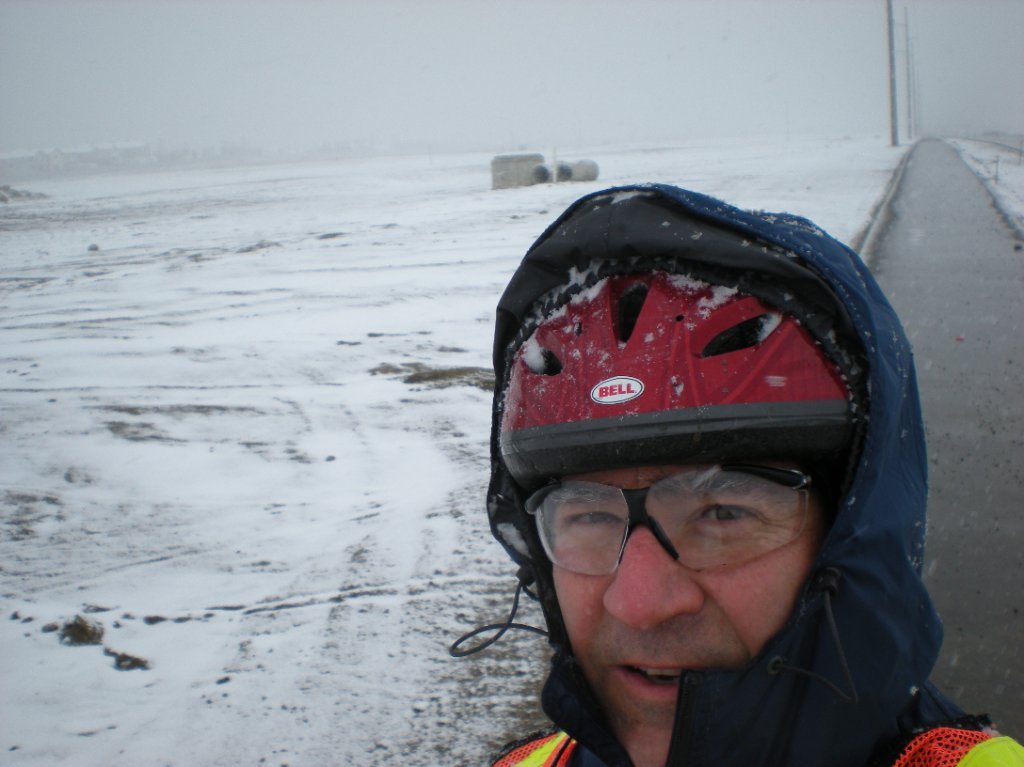 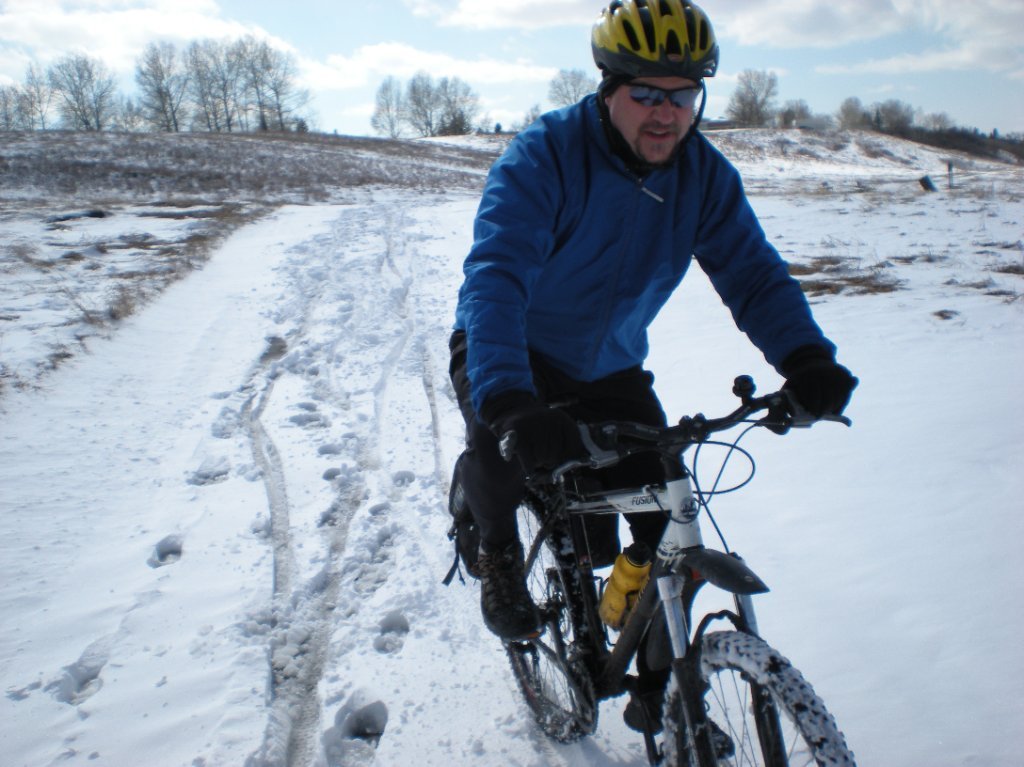 and me (you know, you get a pretty good workout riding snow!) 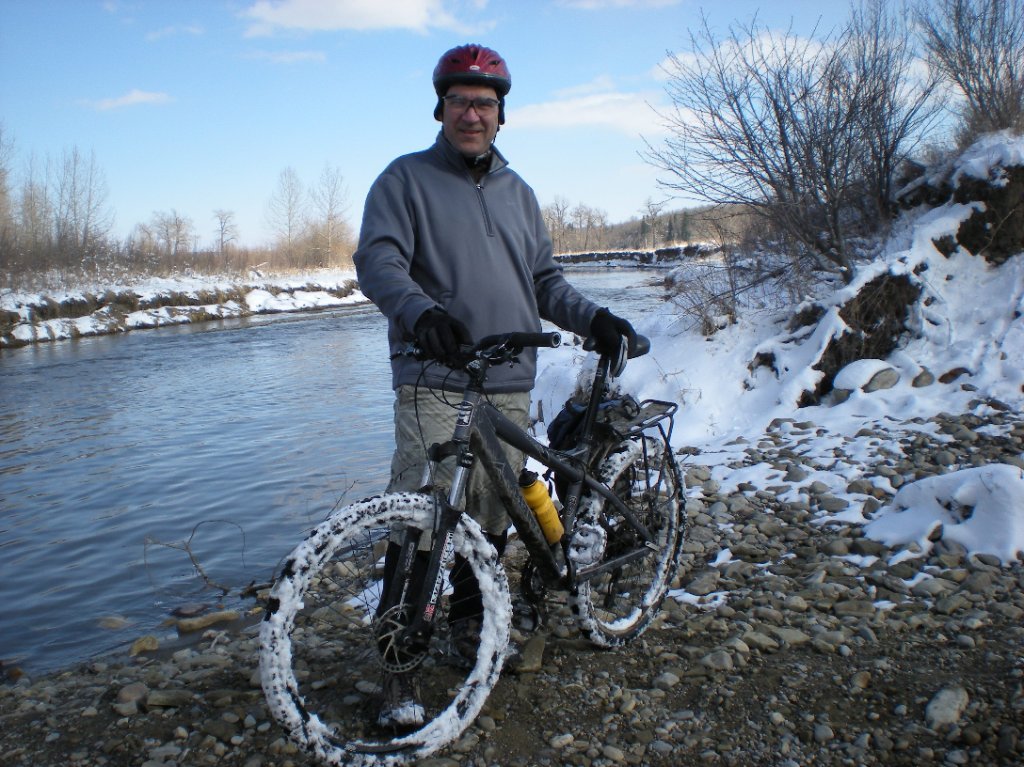 Today, even this final bit of snow here has melted and we’re back on dry land for another season. 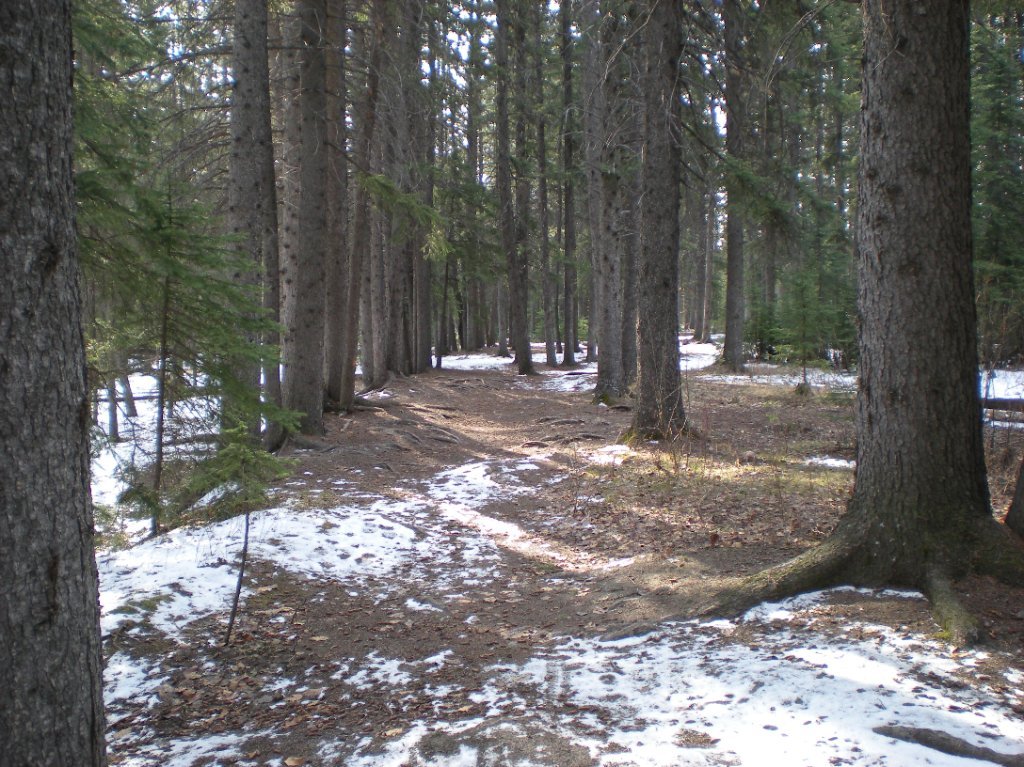