My friend Ian Goodman wrote me asking if I was up for our third annual New Years Day bike ride. Am I?!? Of course! We’ll be out there tomorrow enjoying the crisp air and (hopefully) blinding Alberta winter sun.

Ian also sent some photo’s from the previous 2 rides. I’ve posted them here so you can see how stylish we look in case you care to join us.

New Years Day 2009. Ian is in the lead as we start from the Glenfield picnic area and head west: 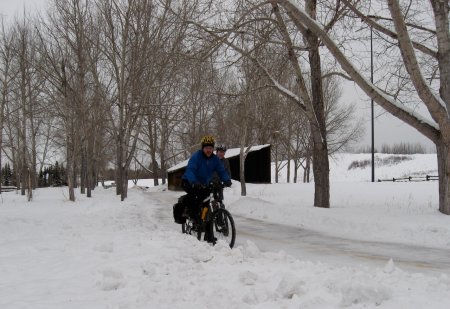 A little later in the day, the snow starts to drift softly down as we cross Bridge 6 (?). 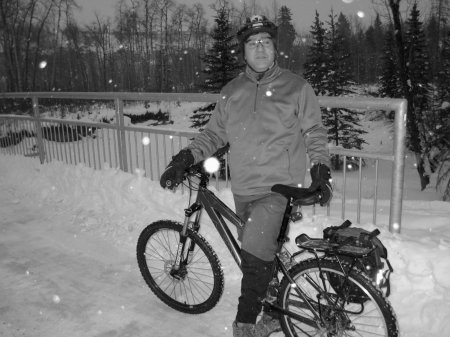 In comparison, New Years Day 2010 was a nice sunny day (but not as warm, judging from the number of layers I’ve got on). 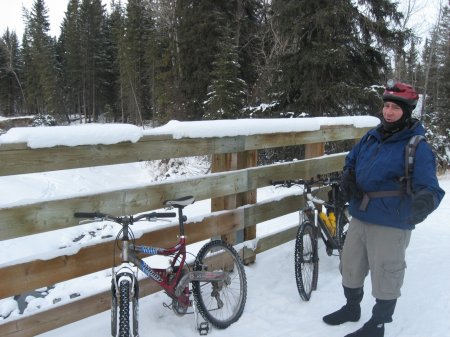 We’ll probably be starting out around 2:00pm again from Glenfield. See you there!

Winter is coming, which means it’s my birthday again. I’ve decided there will be no special milestone observation, introspection, or other significance attached to this birthday because there is too much left to do to spend time reflecting on the past (other than the standard warning that “those who do not understand it are doomed to repeat it”).

So, on the eve of having spent 50 years in this world, I went biking with my bike buddies. Where, you ask? Well, other than in a general sense, I don’t really know. Unfortunately, my ability to navigate has not gotten better with age. Downloading my gps this morning shed some clews, but unfortunately I didn’t have it turned on for the start of the ride, and there’s a bit missing in the middle (a bush jumped onto the trail, pulled me off the bike, and sent the gps flying airborne for a while, the landing from which turned it off). 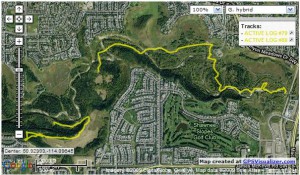 Those that attempt to predict Mother Nature are saying it’s going to snow tonight, so after a short ride this afternoon it may be snow riding again until spring.

I tried a new process using only free software in order to create this map image:

Happy trails, and try to keep the tire-side down,

Rode the ridge, followed by the Dark Side with friends Ian and Jamie yesterday afternoon. No photo’s, but what a trip! What a grind! 17.7 km round trip from Glenfield, 1:42:42, average 10 km/h (captured using a Garmin eTrex Legend). 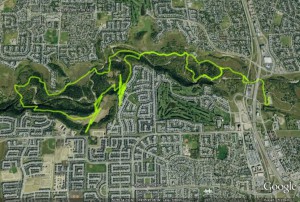 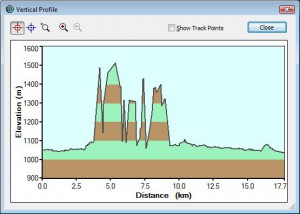 Ian and I did this this trip a few times last fall, but we were always starting on the single-track in the waning minutes of daylight, so we christened the trail “the Dark Side”. Today in the light of day it was a completely different experience.

I dropped off the recycling at the depot and parked the van at Glenfield in FCPP, then headed west on the paved path until almost 37th Street, then headed south, across the bridge and into the woods. 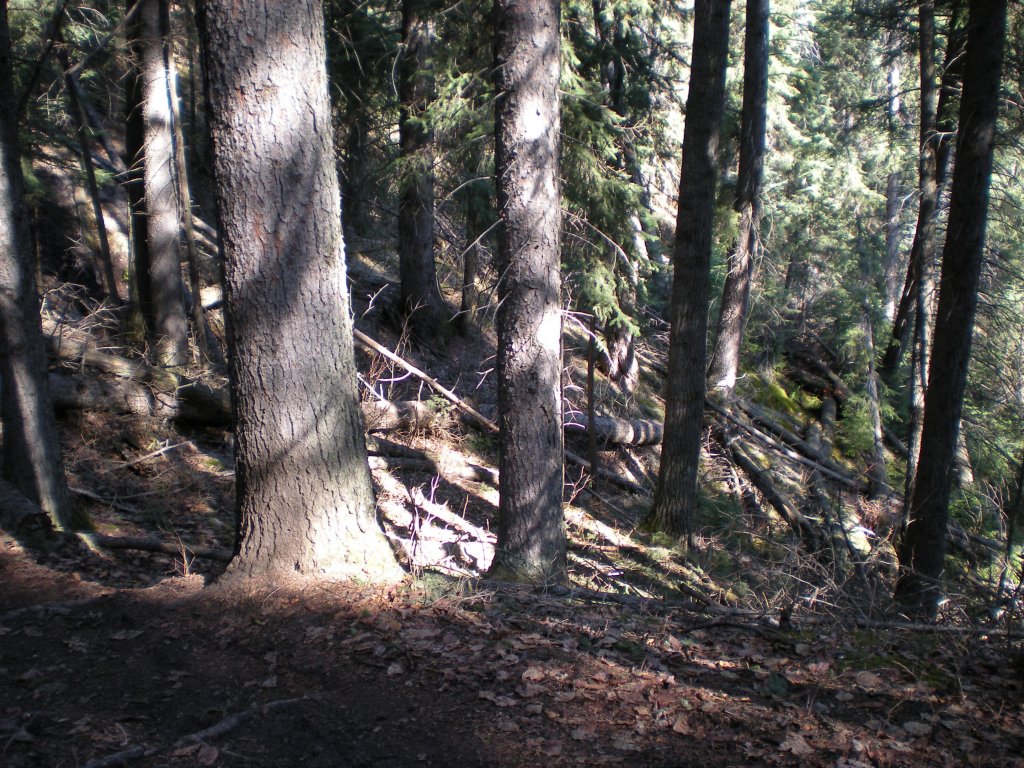 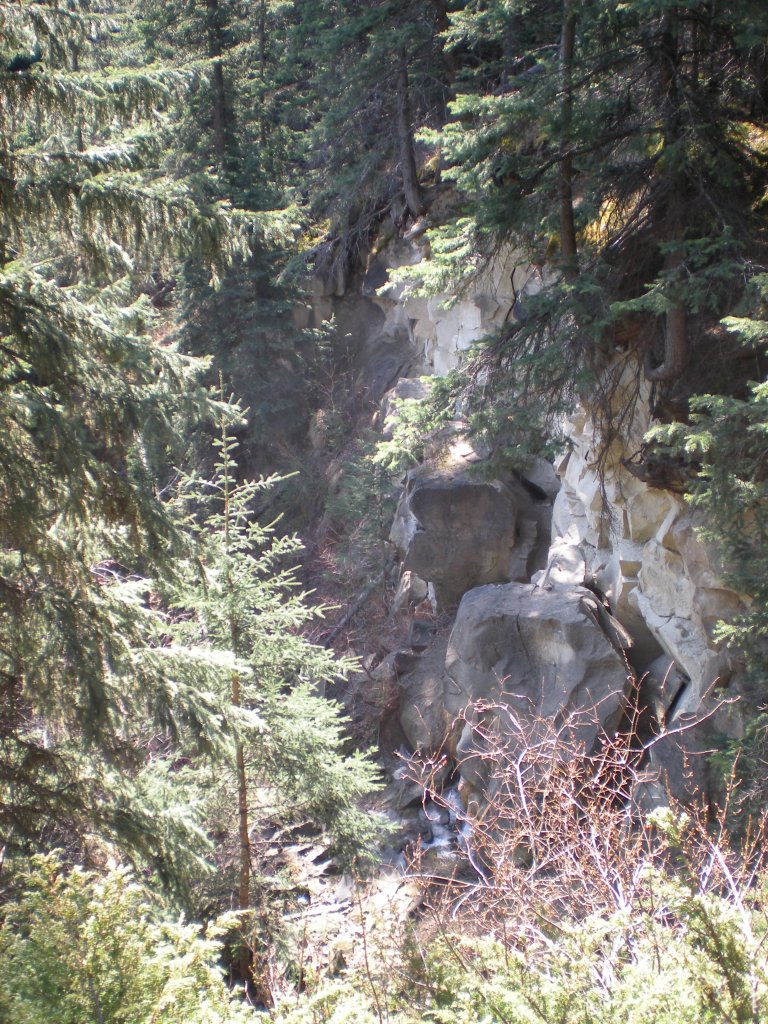 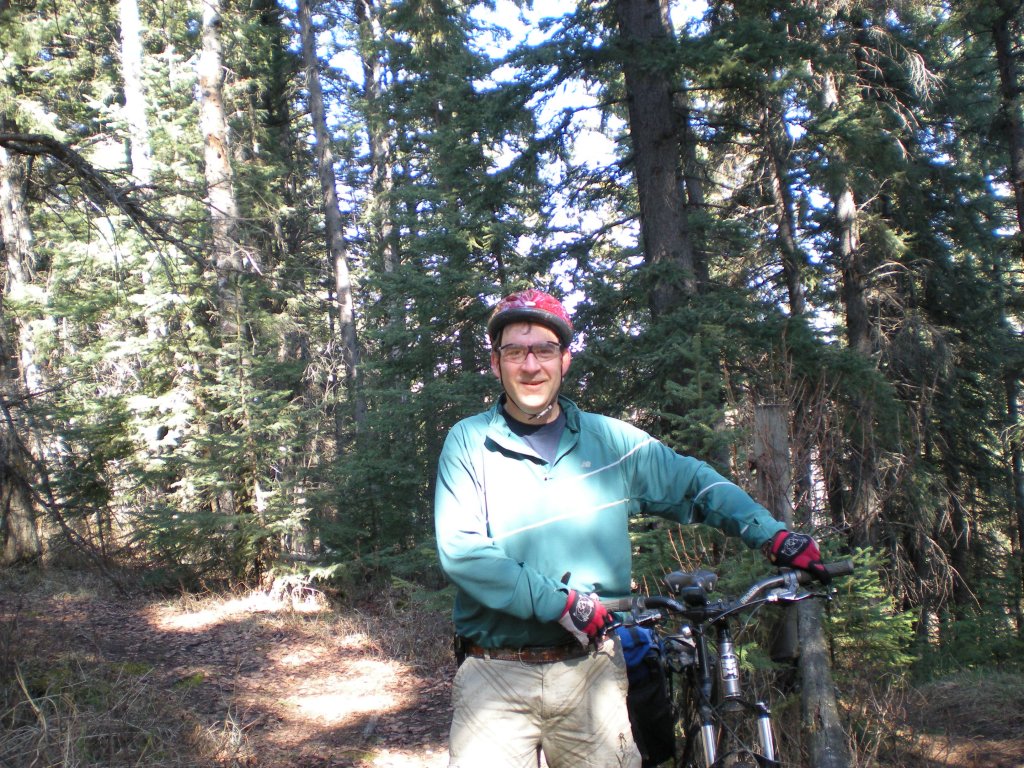